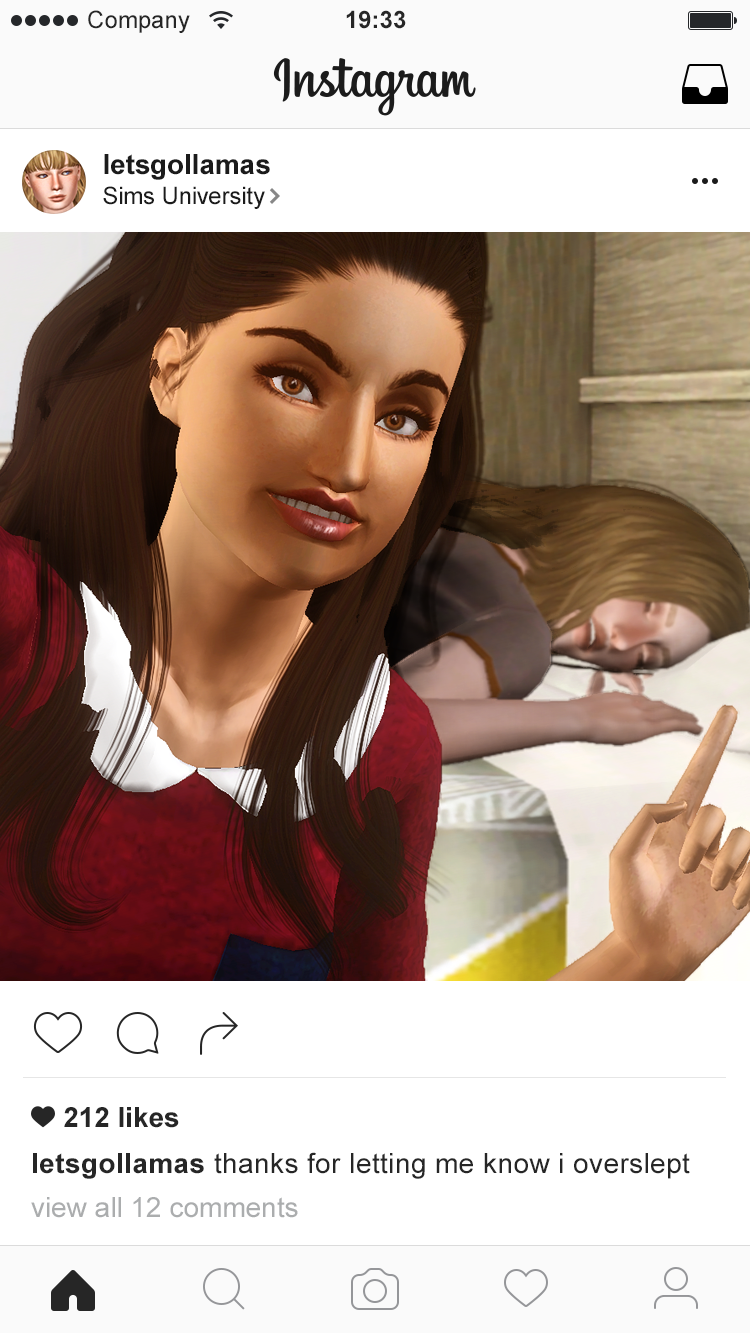 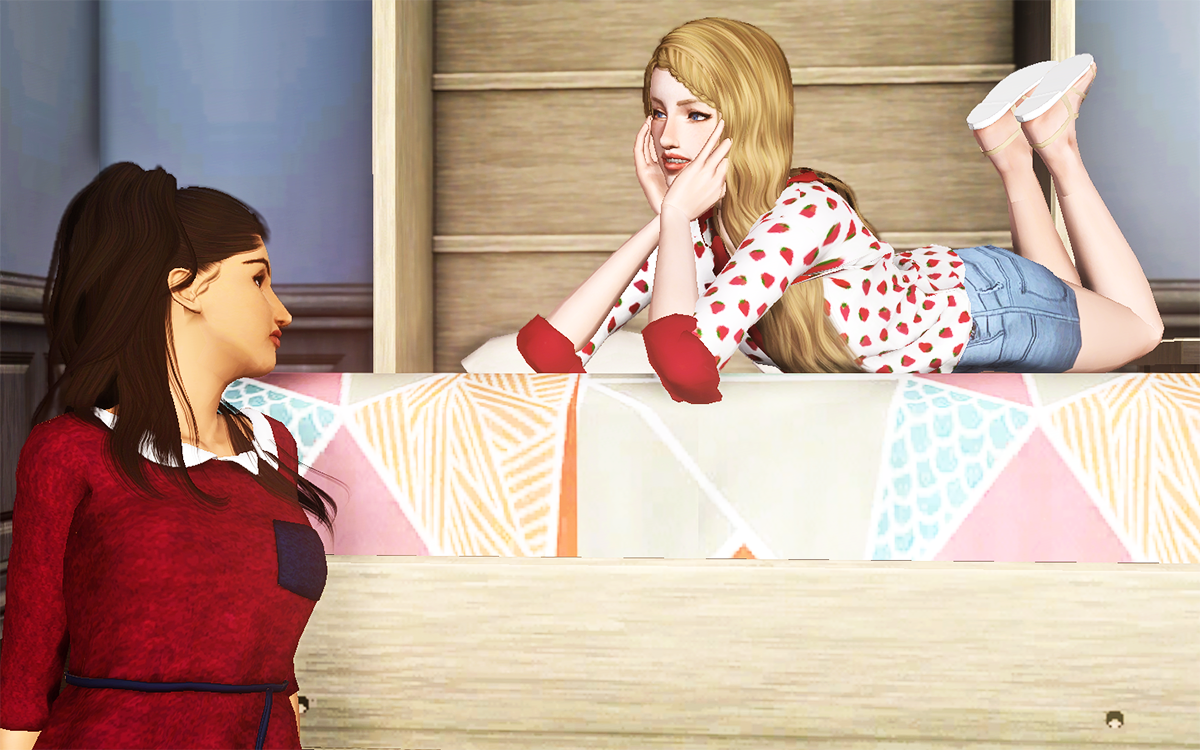 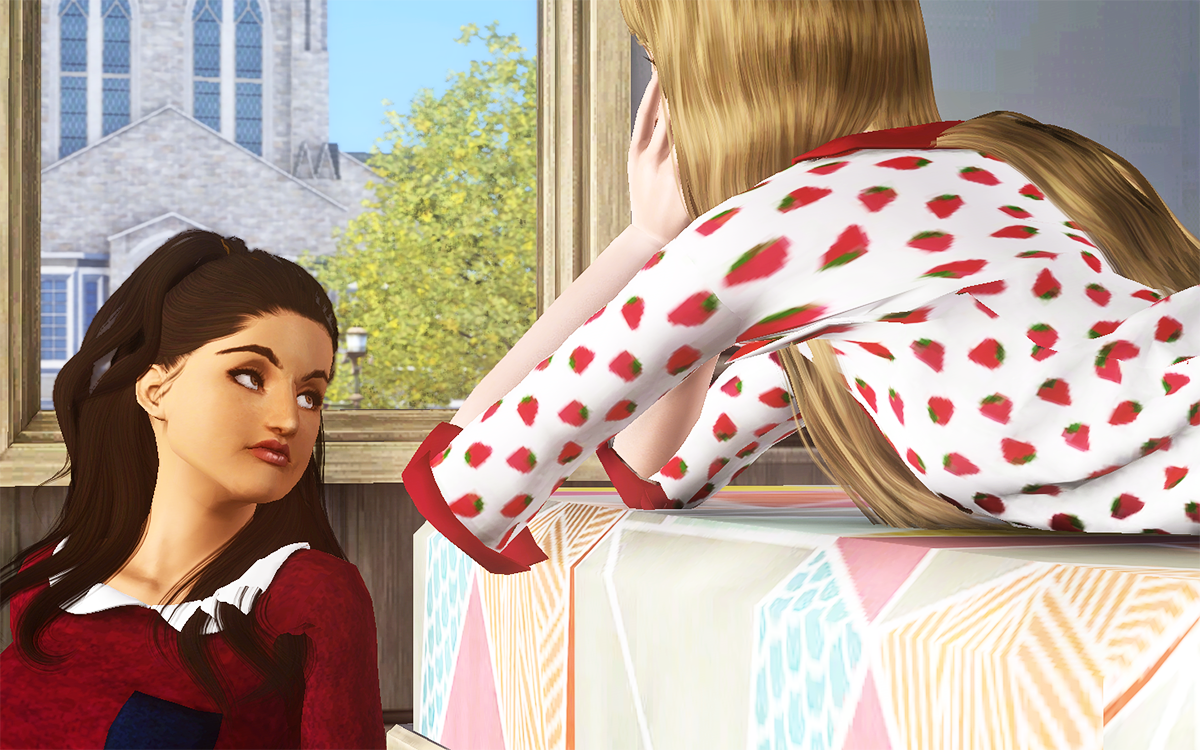 Fatima looked up from her syllabi that lay scattered over the dorm room floor as Courtney walked through the door and flung herself onto the bed.

“How was class?” she asked.

Courtney rolled over and propped herself up on her elbows. “I dunno it’s just… I was like the only girl in my intro to sports management class. I could see all the guys smirking at me when I walked in. It’s like they don’t think I belong there. Even the damn professor.”

“Well they just don’t know you. Trust me, you could probably beat them in a soccer match singlehandedly. You knew going into this that this major would be a sausage fest, you just have to prove them all wrong.” 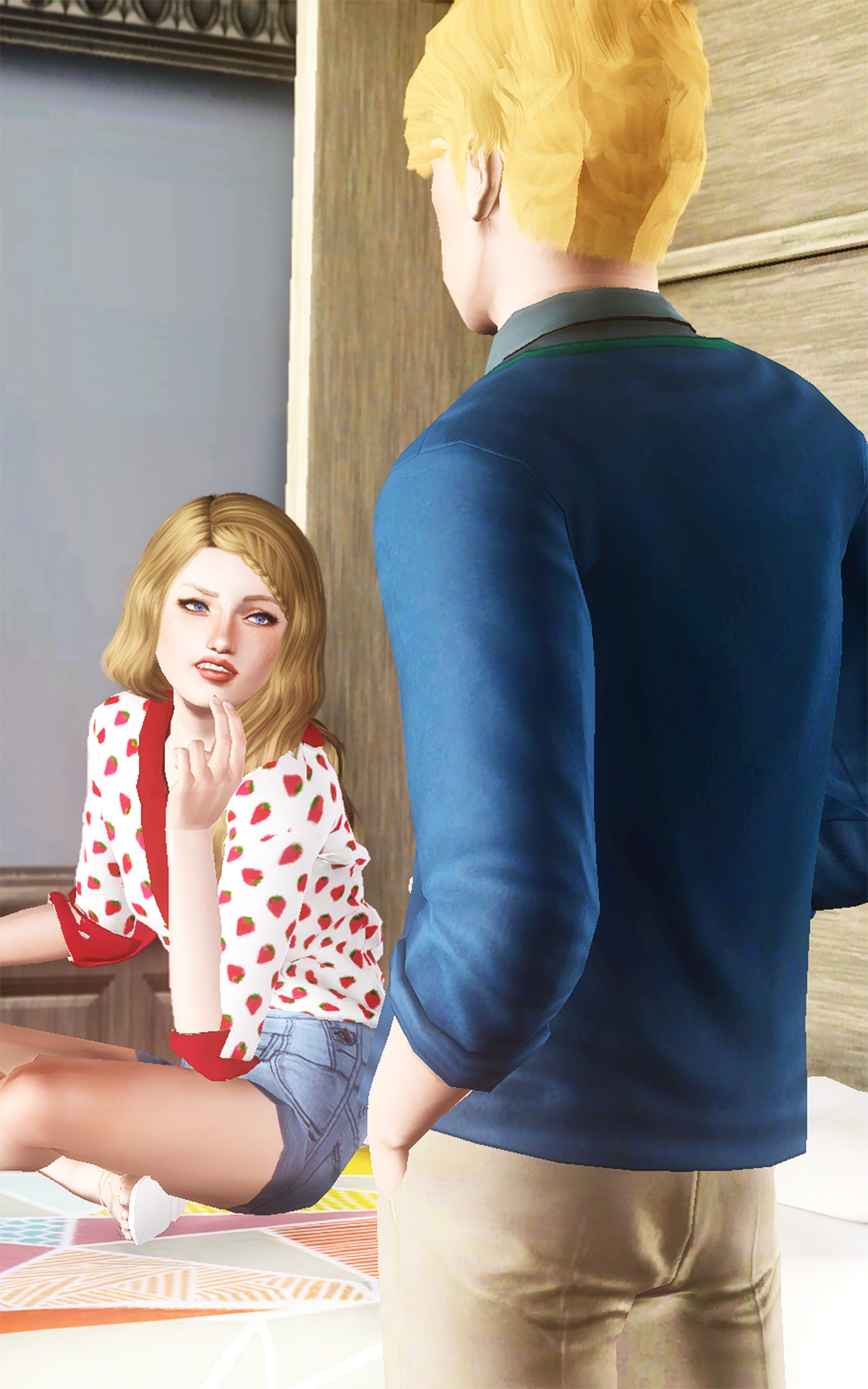 “Come in!” They called in unison.

“Hey Keegan!” Courtney’s face lit up as her boyfriend strolled into the room.

“Hey baby.” He smiled. “My roommate told me about this party that’s happening tonight, I wondered whether you guys would be interested in coming with us?”

“It’s the first day of classes,” Courtney said, “and I have an 8 am tomorrow…”

“Oh, come on Courtney,” Fatima called, “first classes are always boring! All they do is go over the syllabus! Skip it!”

Courtney sighed, then laughed. “Okay, I guess we can go.” 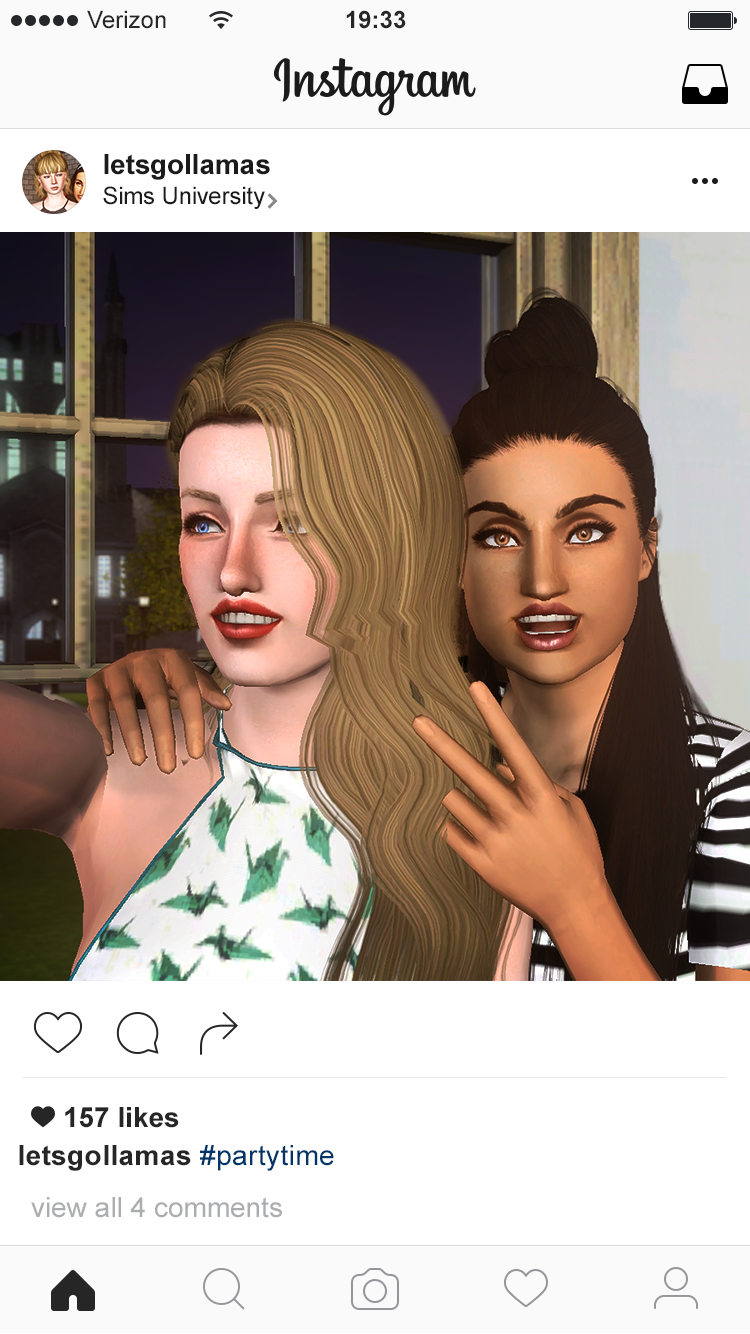 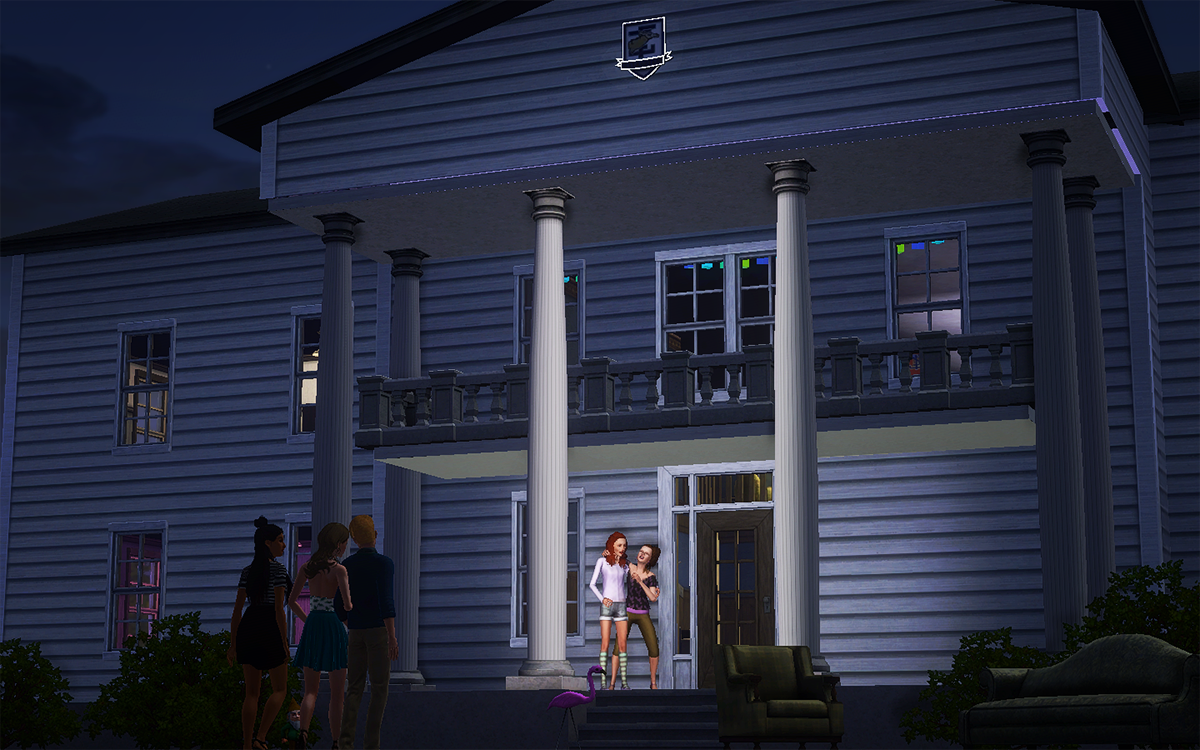 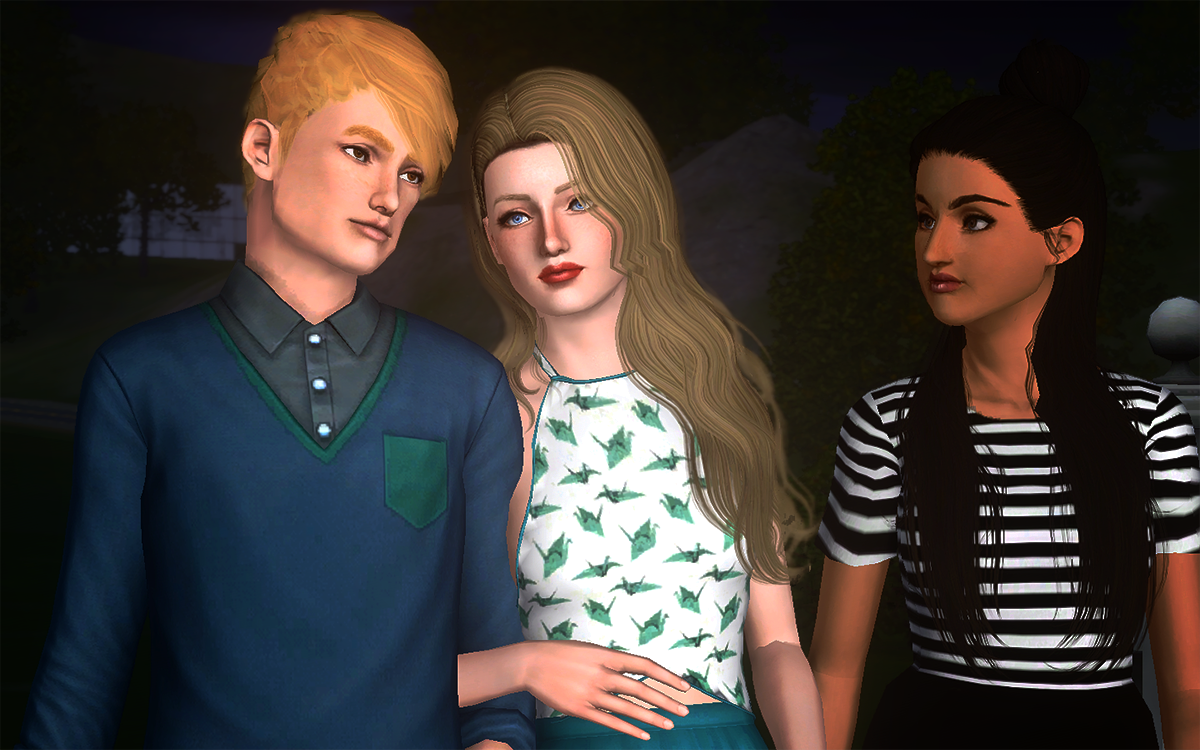 The deep wub-wub of the baseline of some party remix could almost be felt on the sidewalk in front of the house. There were people scattered about on the lawn, but Courtney could tell there were many, many more inside.

“This is that Fraternity you were talking about rushing?” she wondered aloud.

Keegan nodded curtly. “Yeah, they’re really influential. Great connections…” he said more but her attention was called to two girls stumbling out of the house.
She heard someone call out “Okay, bitch! Whatever.” before the door swung shut and the more sober-looking of the girls helped each other down the stairs.

Courtney must have looked visibly disgusted, because Fatima laughed and said, “lighten up, Court! C’mon, they have free booze!” 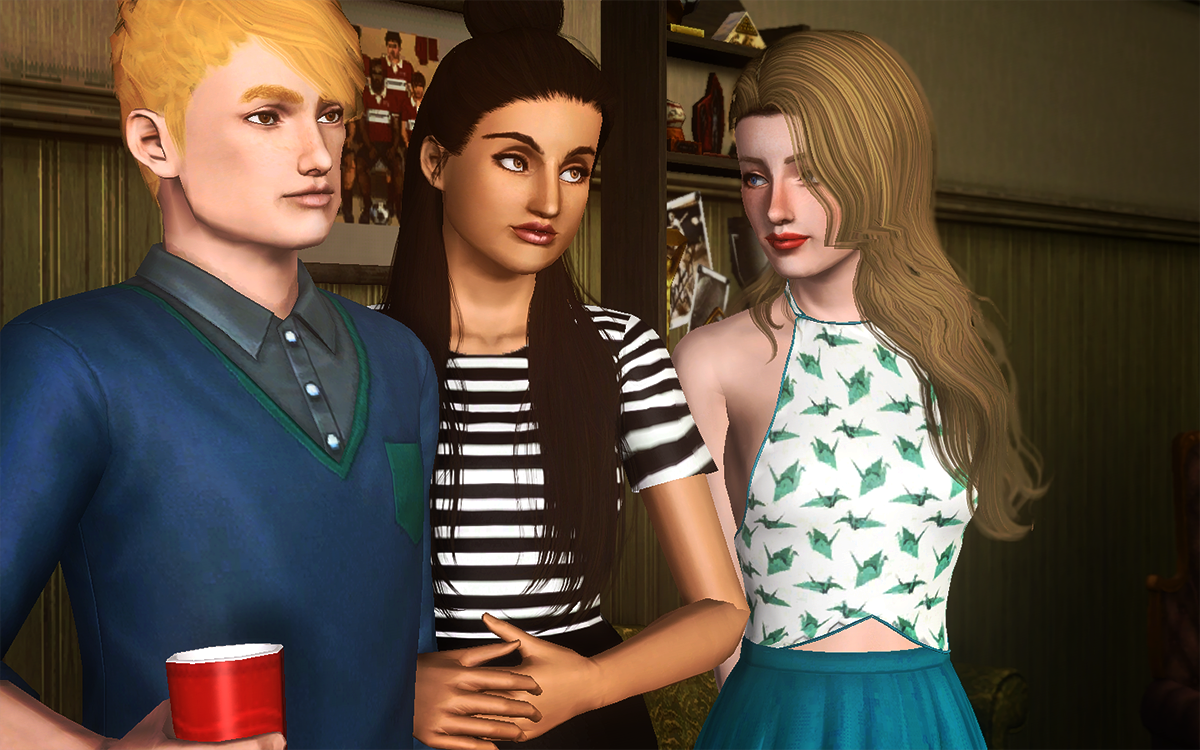 Keegan grabbed them all drinks from the keg in the basement before he surveyed the scene. Fatima looked impressed and made her way onto the dance floor with a glance back at her best friend. Keegan squeezed Courtney’s arm and shouted “Go dance with Fatima,” in her ear before he sauntered over to talk to one of the brothers.

Courtney frowned at his back. He knew she didn’t dance, and he’d never once made her – even at their senior prom, for God’s sake! She slunk back against the wall and sipped the bitter drink every once in a while; she had to keep herself from making a face with every sip. 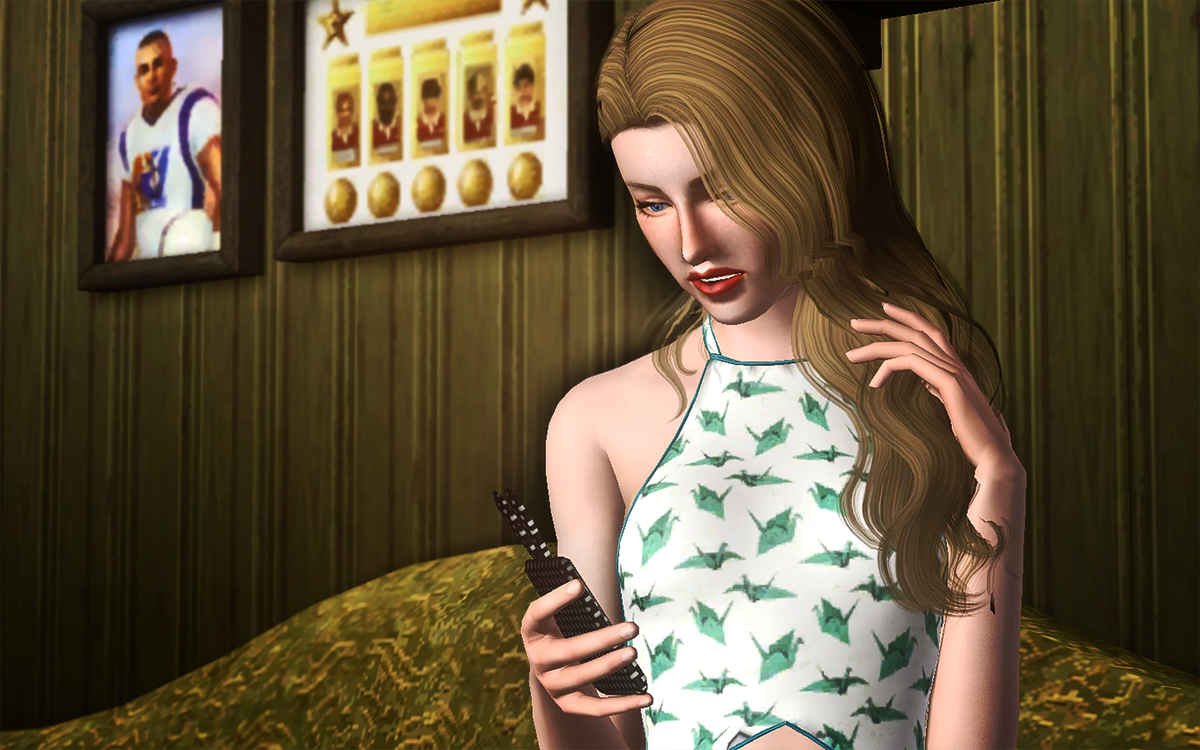 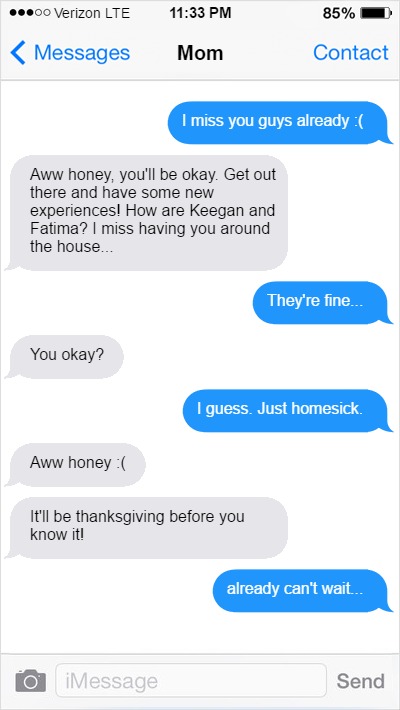 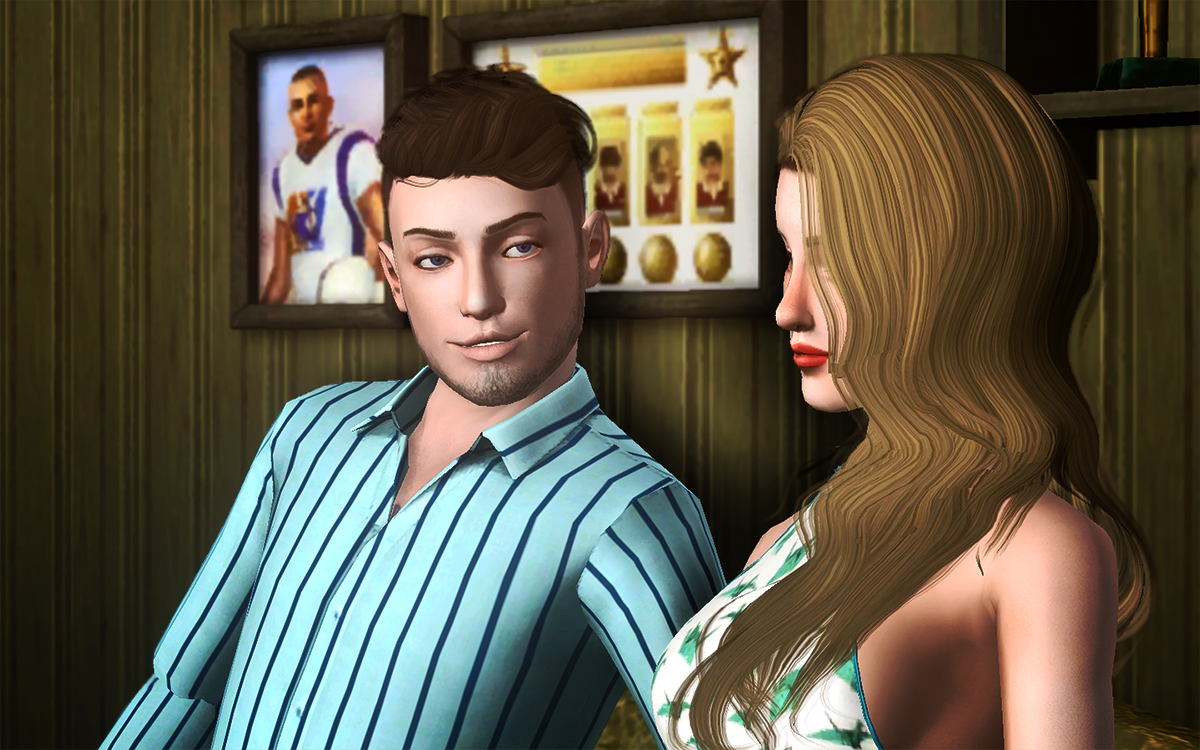 “You look pissed.” A drunken frat brother slid into the seat next to Courtney. She pulled away as he pushed himself into her personal space.

She shrugged. “Oh, come on,” he said, “lighten up. Drink some beer, have fun, get that goddamn stick out of your ass.”

Courtney scowled at him and stormed away. 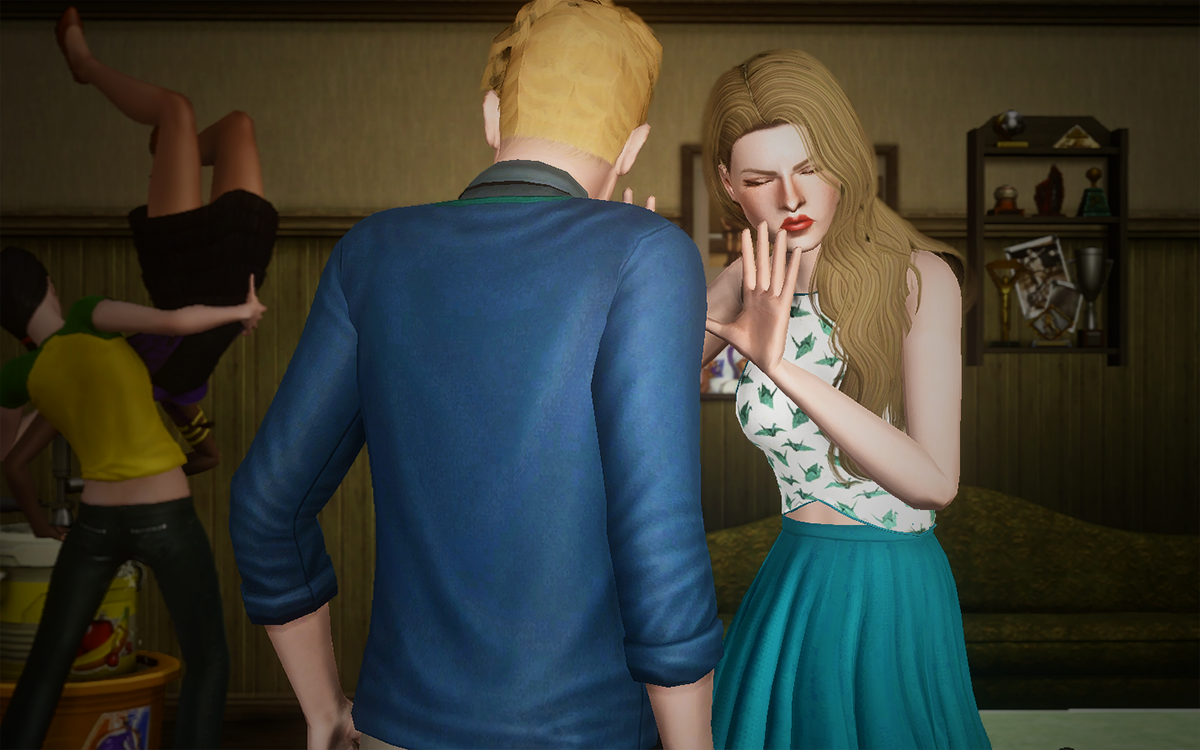 “What the fuck, Courtney? Why?”

“I’m really not comfortable here. Everyone’s drunk – sloppy drunk – and I don’t like the way these guys are looking at me like I’m bait on a hook.”

“You’re being dramatic, Courtney. You just don’t like fun.”

“I wouldn’t call this fun.” 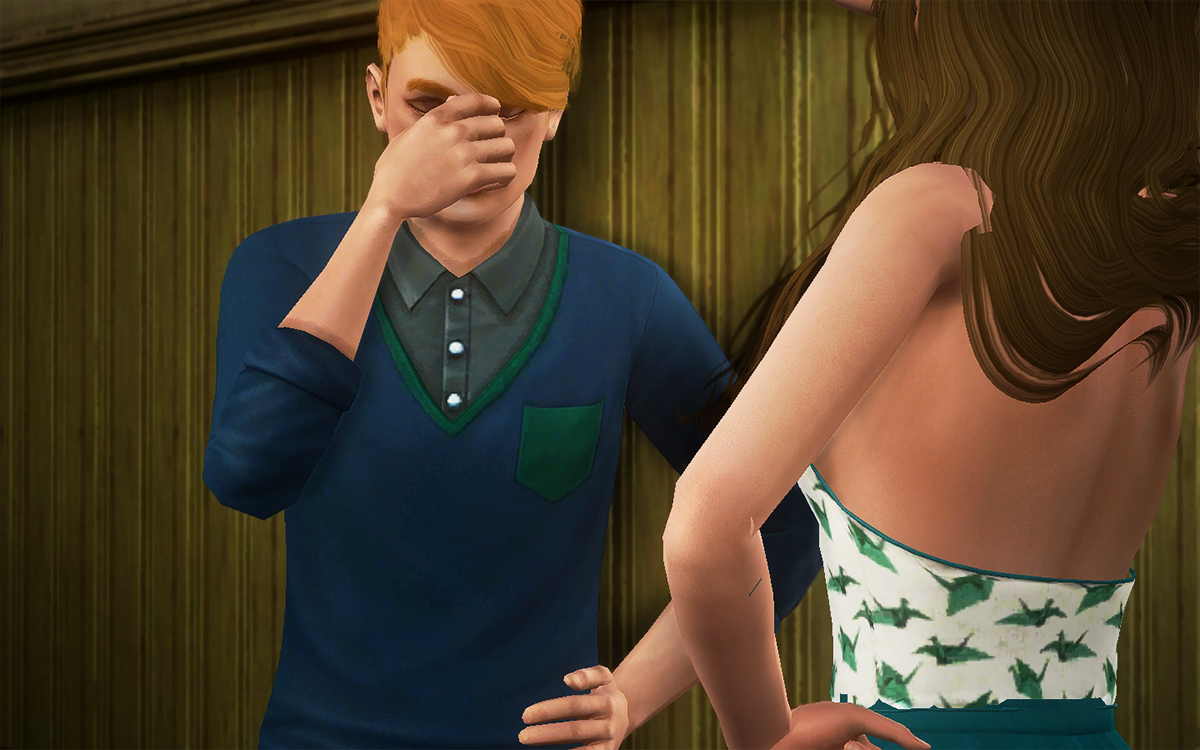 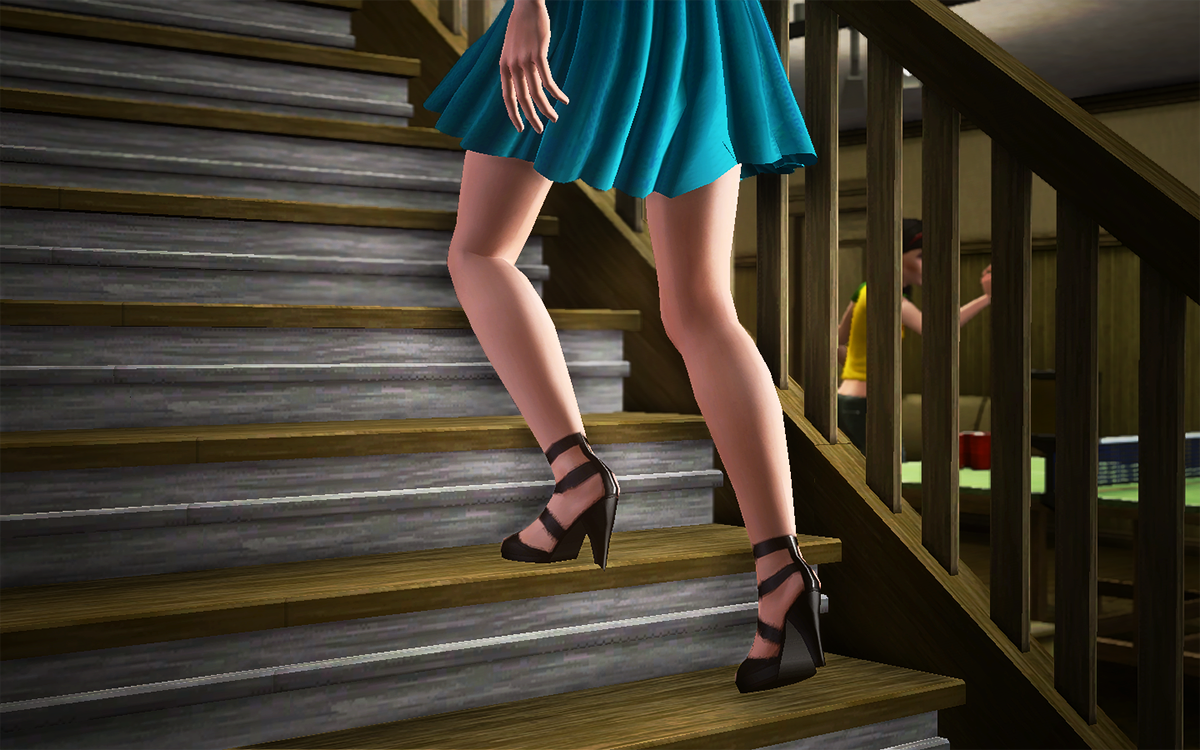 “Well, like it or not Courtney, with any luck you’re gonna be spending a lot of time in this house with me over the next few years so it’d be nice if you’d at least try to enjoy yourself.”

Courtney sighed. “I’m leaving. You don’t have to come with me, but I’m leaving.” 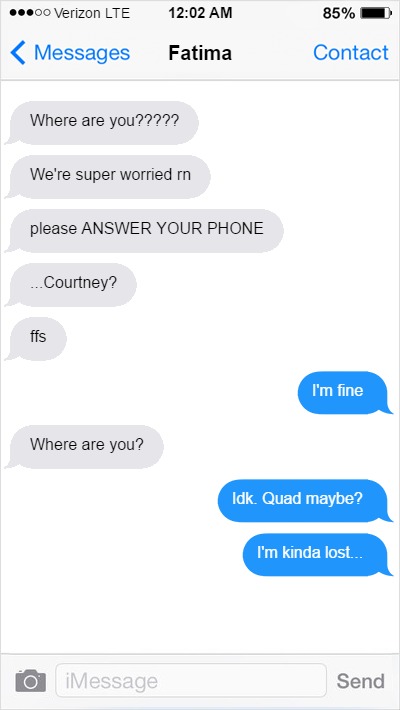 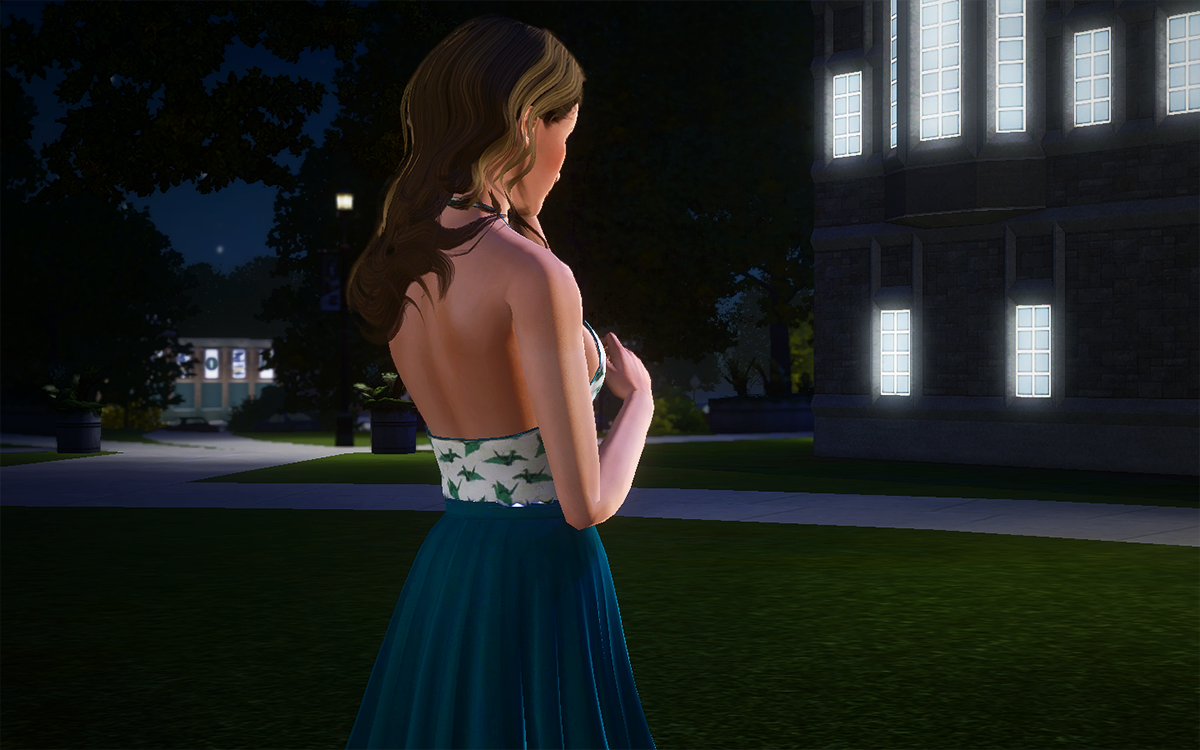 Kinda may be an understatement…. Fuck. 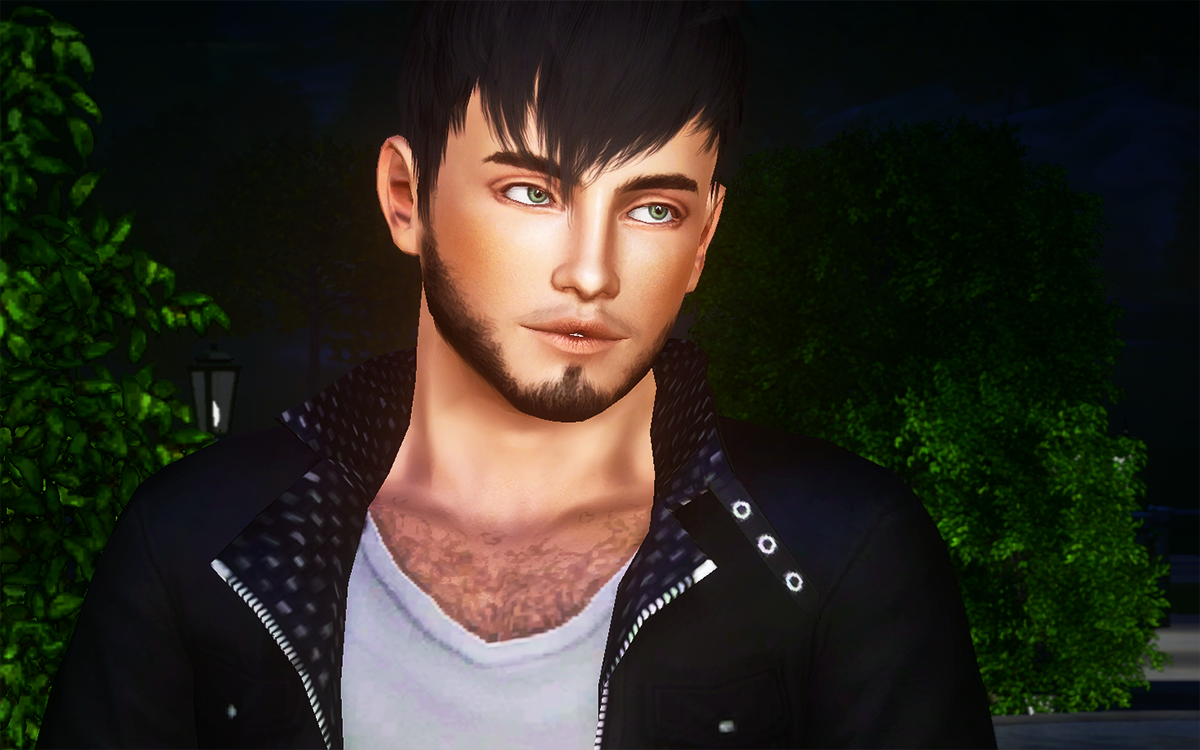 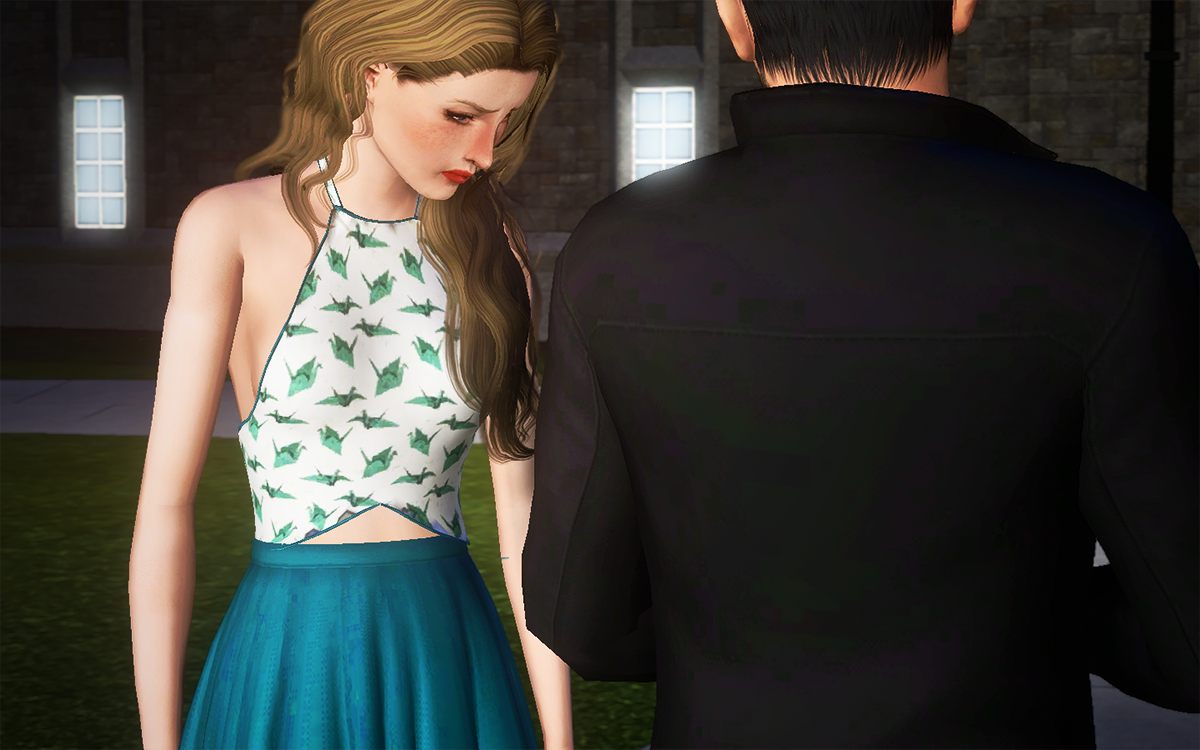 “Excuse me, you look a little lost,” a kind voice prompted Courtney to turn around. A young man was looking at her with genuine concern. “Do you need help finding your way back to your dorm? This campus can be super fucking confusing…”

He chuckled. “What dorm are you in?”
“Tillman.”

“You don’t say? I was just headed there. That’s where I live, too.”

“You wanna walk together? I’m Oliver, by the way.”
“My name’s Courtney. Which way are we heading again?” 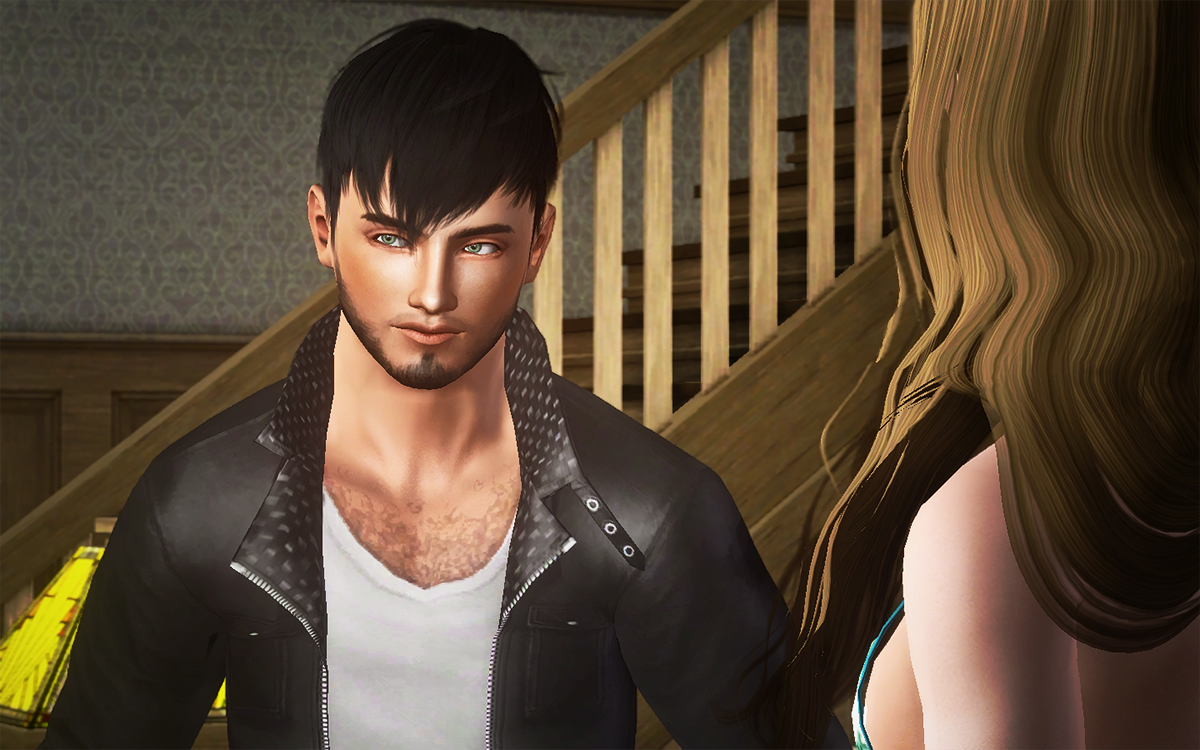 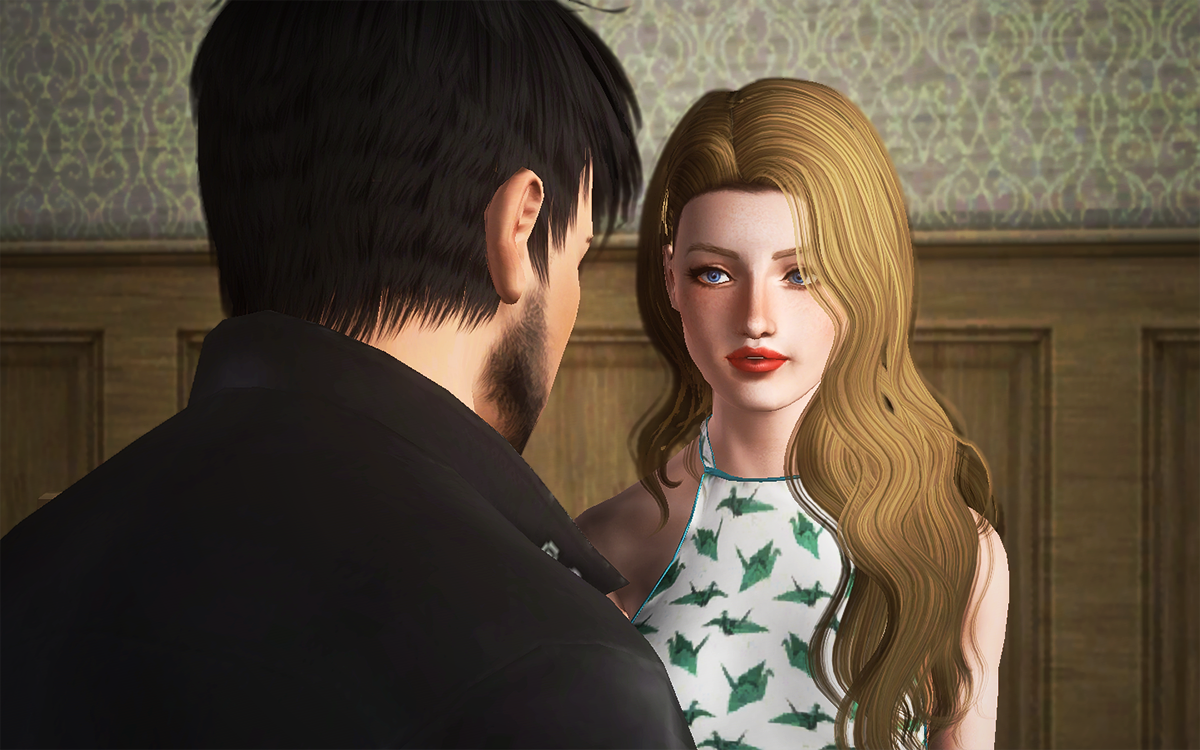 It was a short walk from the Quad to the dorm; Oliver mused that it was in a good location, which is why he’d chosen to live there again as an upperclassman. They chatted a bit as they walked, or, rather, Oliver did, because Courtney didn’t feel much like talking.

When they reached the building, Courtney turned back to him. “Thank you,” she whispered. “It’s been a really crappy night.” It’s nice to talk to someone who doesn’t demand a response, for once. 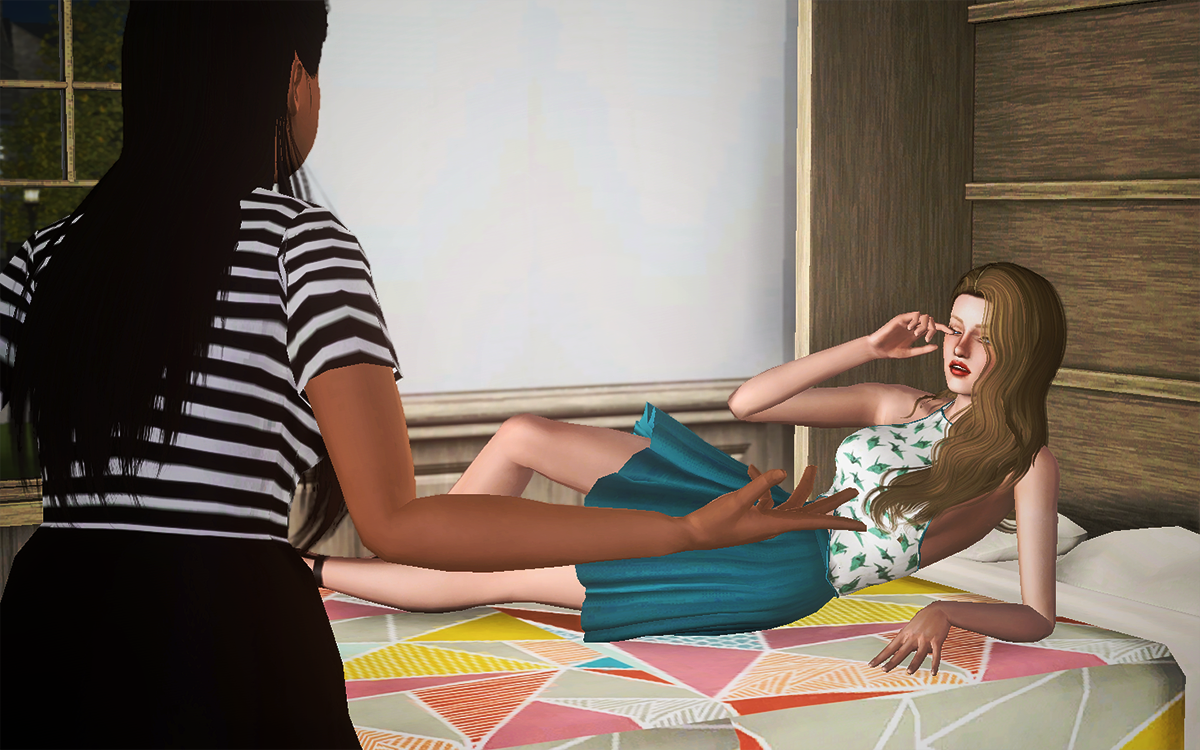 It felt like it had been both hours and only minutes since Courtney had fallen on top of her bed and passed out when Fatima burst through the door.

“What the hell? You got LOST and you could have been KILLED or something equally as sinister and you didn’t even bother TEXTING ME TO SAY YOU FOUND YOUR WAY HOME?! We’ve been out looking for you for HOURS!”

Courtney frowned. “Someone showed me how to get back. I’m fine, Tima.”

“Well I know that now, but seriously we’ve been looking all over campus for you! You need to use your freaking phone!”

“I just…” didn’t feel like talking. Talking means explaining, and she didn’t know quite what to say.

Fatima huffed. “Well, maybe next time you should just text me to let me know you’re safe!”

“Thank you!” Fatima stumbled over to her dresser and quickly threw on some pajamas.

“Are you drunk?” Courtney asked.

Fatima shrugged. “Either way, I won’t be tomorrow,” she said before she slipped under her duvet and snuggled up to her pillow.