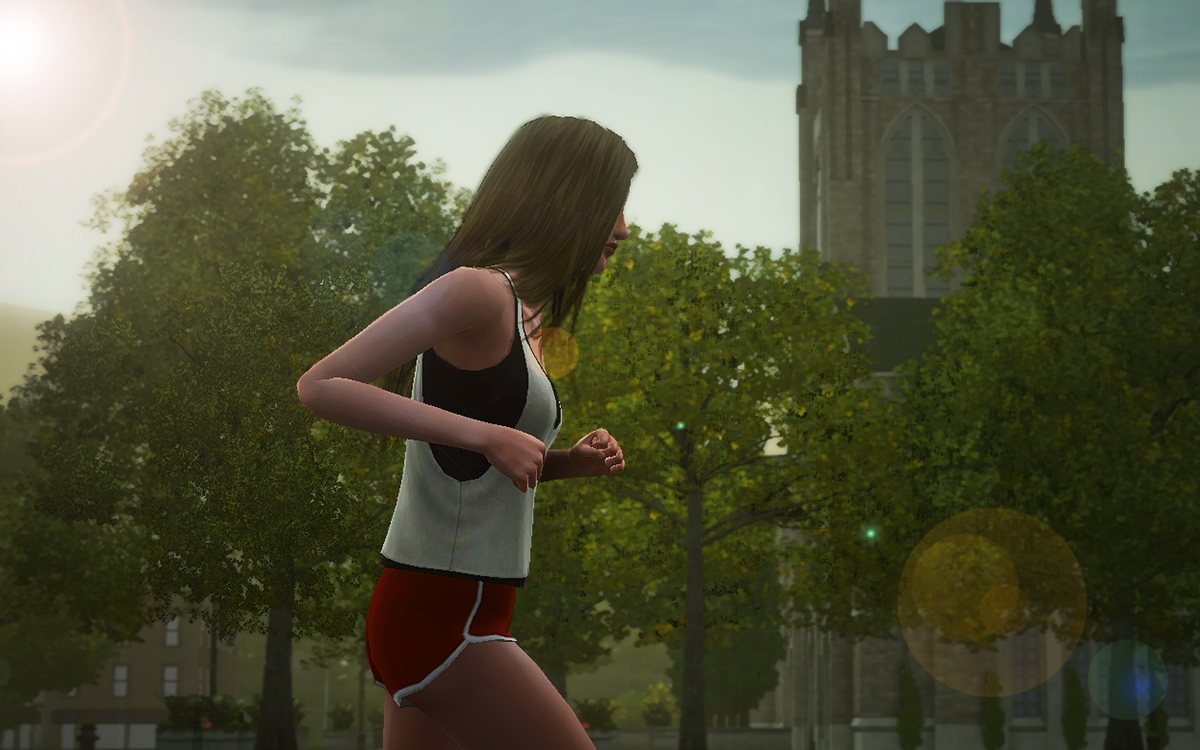 Nothing like an early morning jog to take your mind off of things before class. 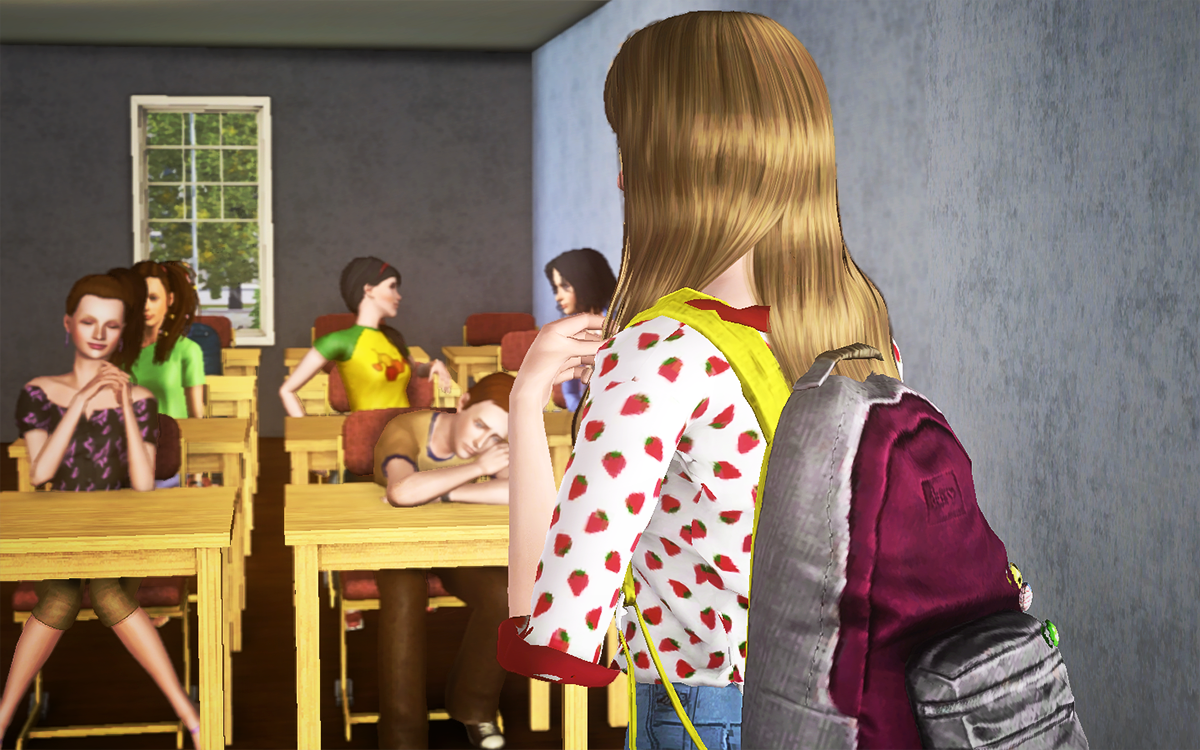 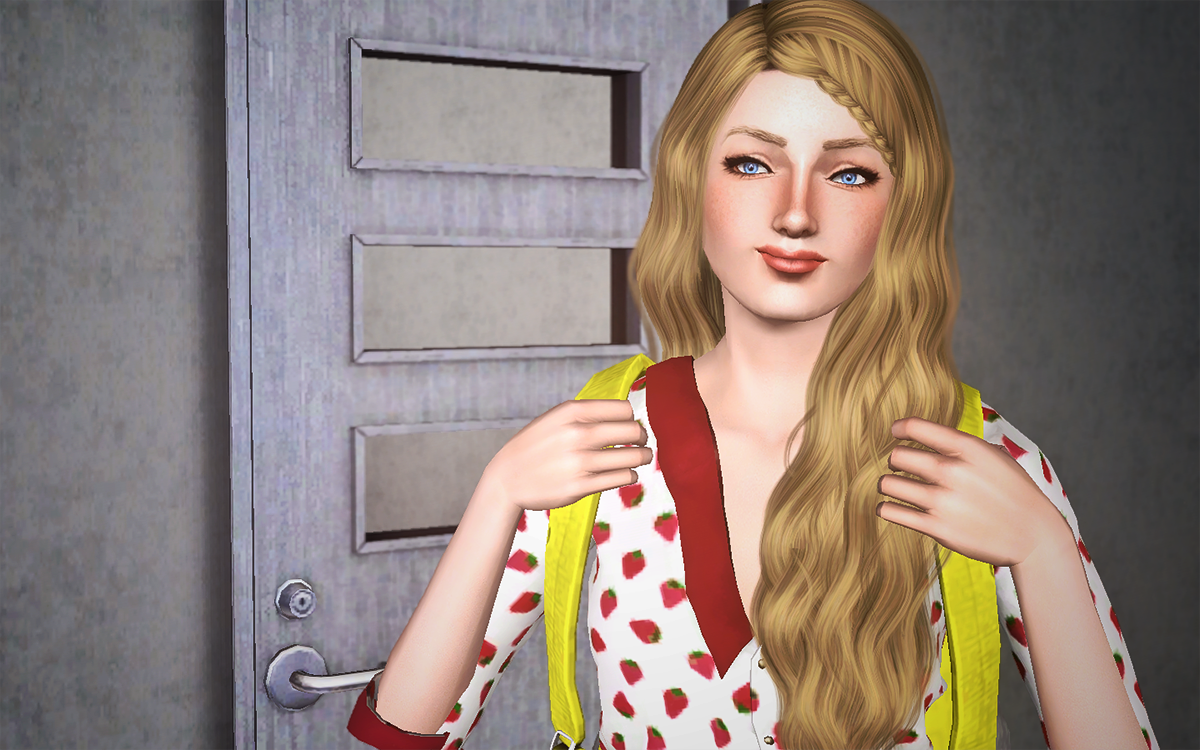 If there was one thing that Courtney definitely feared, it was science classes. Outside her physics lecture classroom, she took a deep breath. You can do this. It’s just one class. Fucking gen eds.

She forced herself to smile and opened the door. Before she’d finished surveying the room, a male voice chimed through the slight din of her classmates’ chatter.

She smiled, for real this time. “Hey! Oliver, right?” 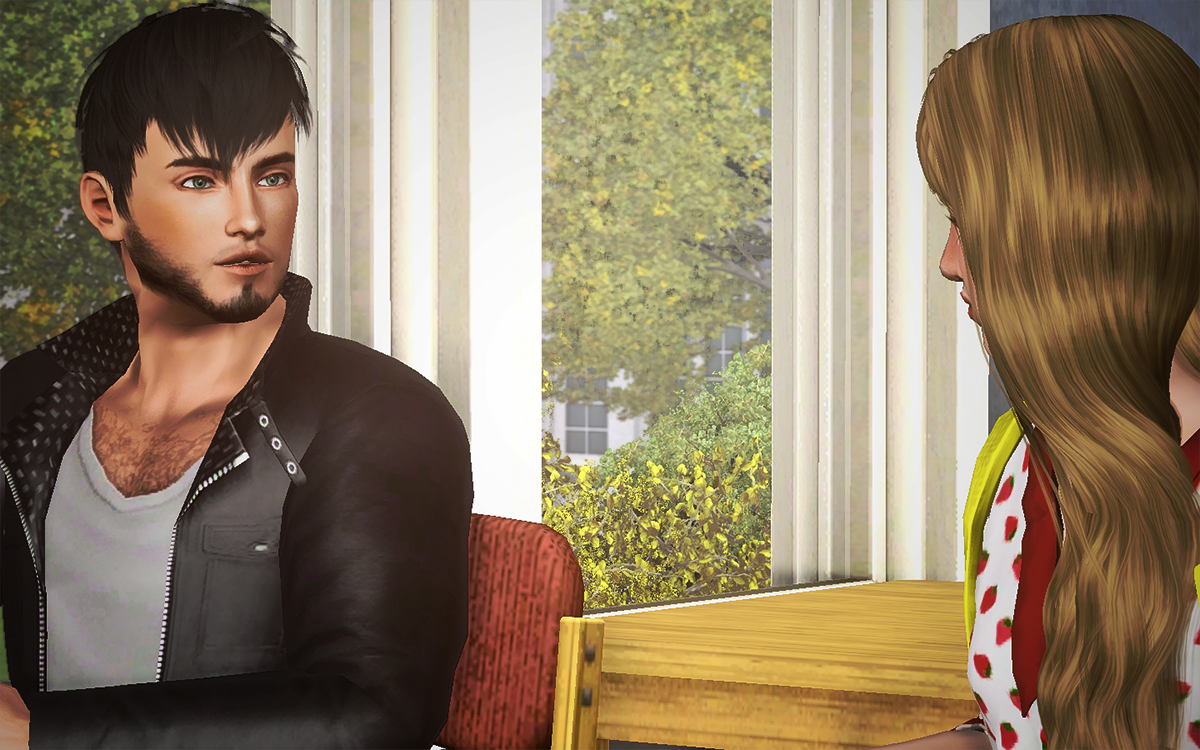 “You remembered!” He chuckled. “I wasn’t expecting that!”

“How could I forget? You’re like, a certified hero in my book.”

“Pshaw. I helped at least a dozen freshmen find their way back yesterday. My motto is, if they look young and lost, they probably are young and lost.”

“Wait, so if you’re an upperclassman, why are you in a Freshman physics class?”

He shrugged. “I’m a Biology major, but I like all sciences, so I try to dabble as my schedule allows.”

Courtney snorted. “No offense, but you don’t look like the kind of guy who likes science.”

“I guess you could say I’m a well-rounded individual.” 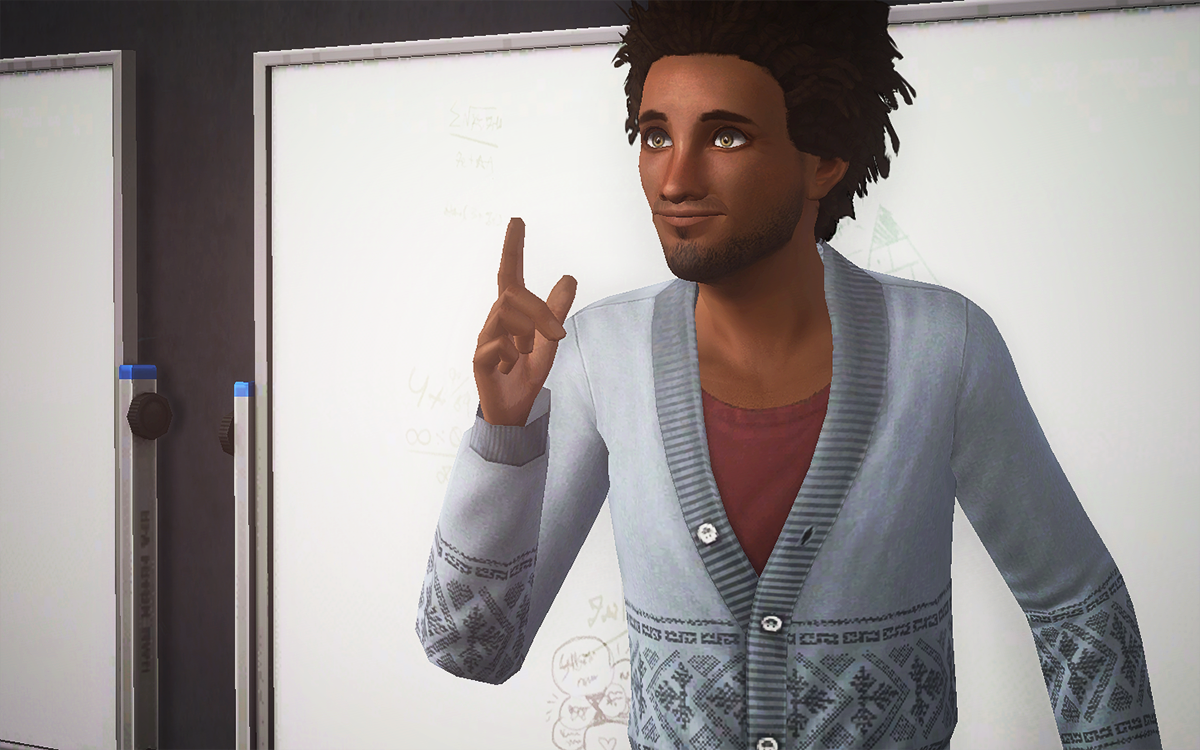 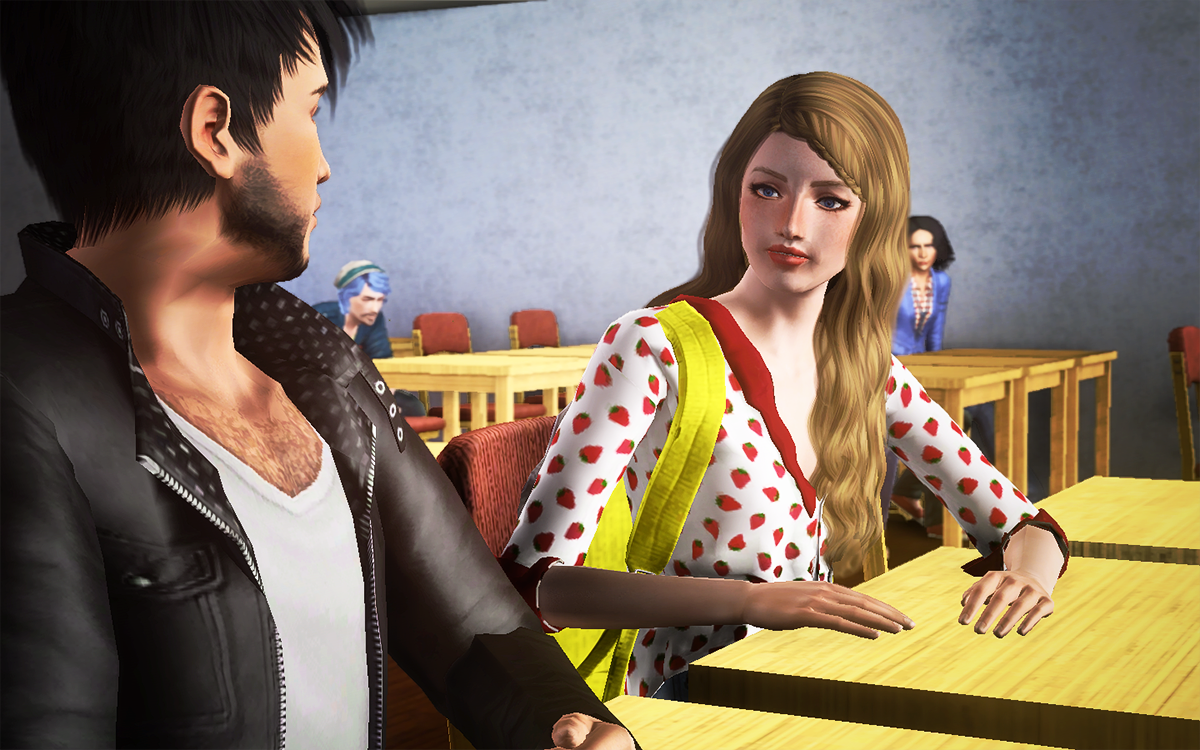 Professor Myles was an engaging lecturer from the get-go. Courtney had to admit, he might be able to make her like science!

At the end of his short lecture, Professor Myles shouted over the noise of his students packing up their bags: “I highly advise each of you to partner up with at least one other person in this class to do the out-of-class extra credit lab. This is the only extra credit opportunity I give, and you’d be foolish not to take advantage of it!”

Courtney saw more than one person roll their eyes. She turned to Oliver and arched an eyebrow in a silent question.

He smiled and nodded. “Sure, we can do it together.” 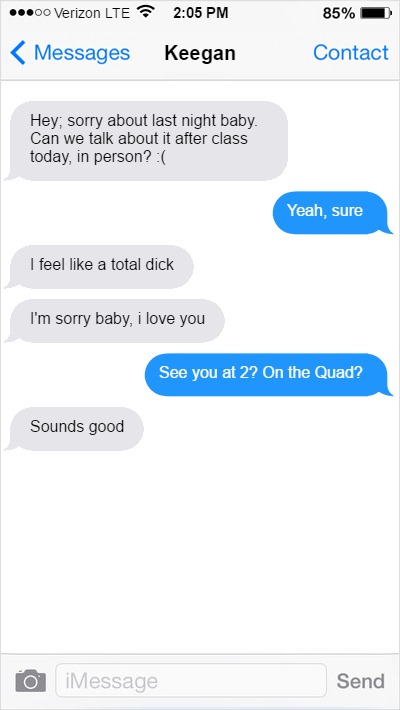 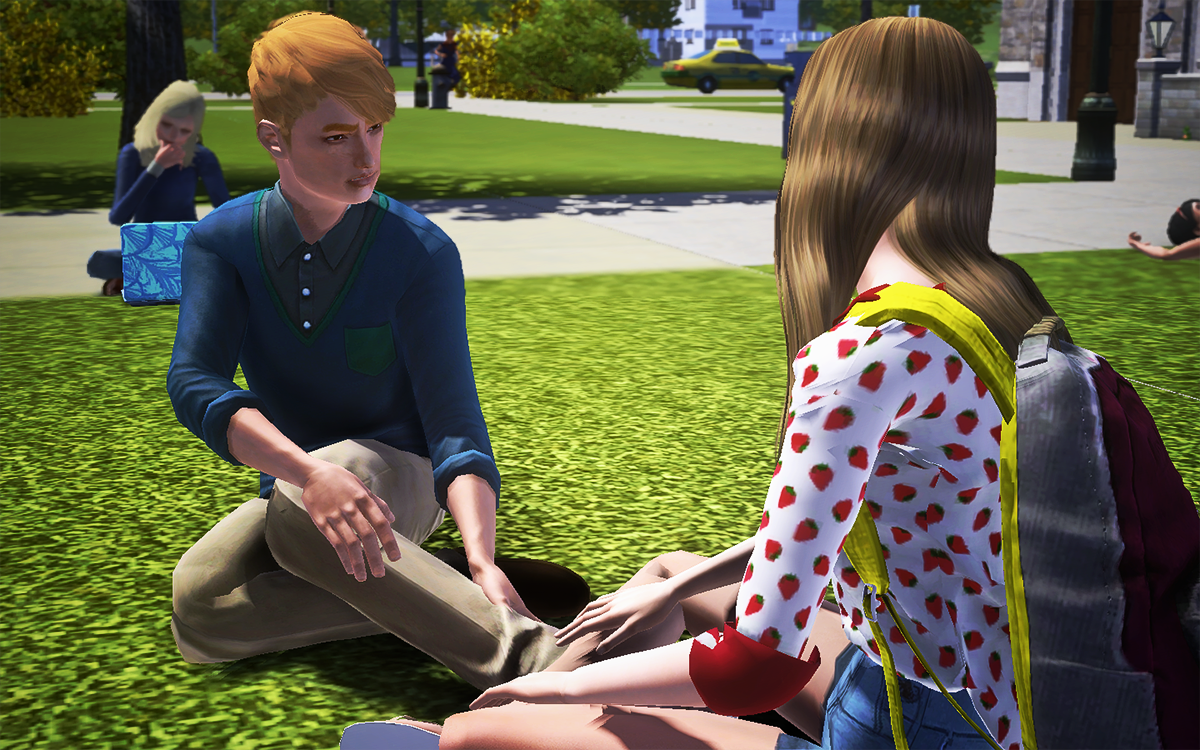 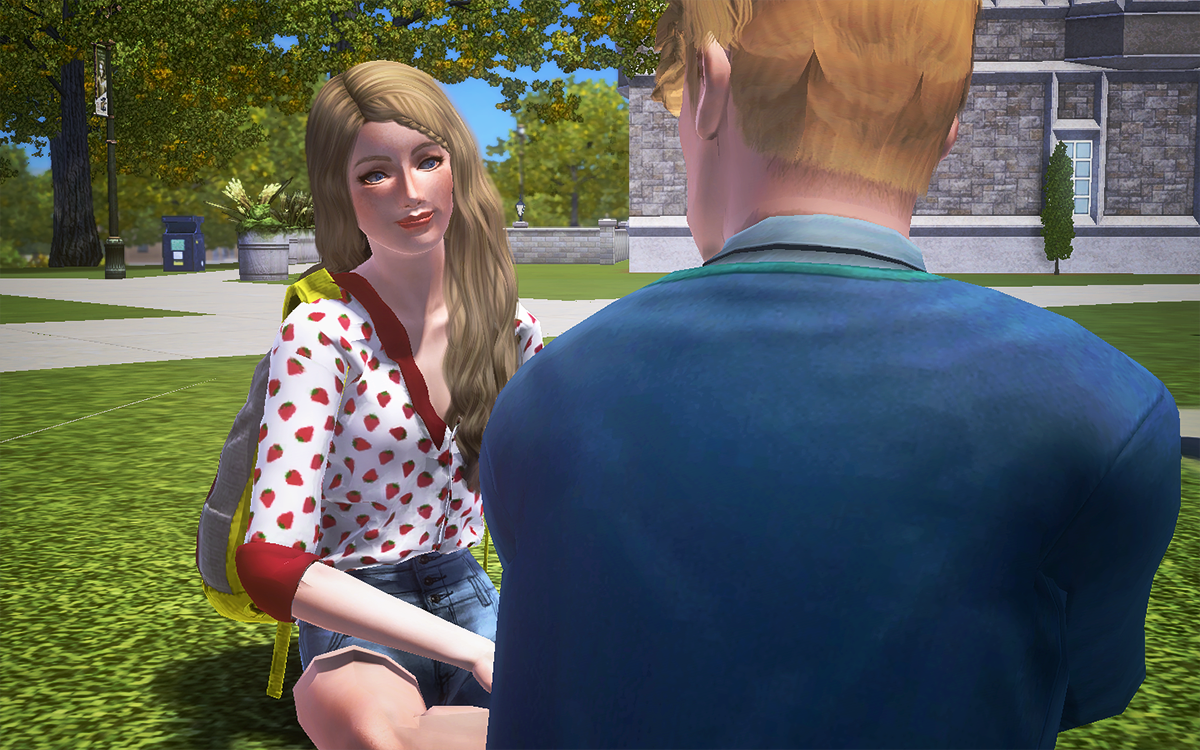 “I’m sorry I was suck a dick last night. I should have left with you when you wanted too. I’m just really nervous about rush week and I wanted to try to make an impression on as many of the brothers as I could. But I forgot that you should come first. I’m sorry.”

“Just promise me you won’t turn into one of those douchey guys like we saw last night, okay?”

Courtney saw a flicker of a frown cross Keegan’s face. “I promise I won’t, baby.” 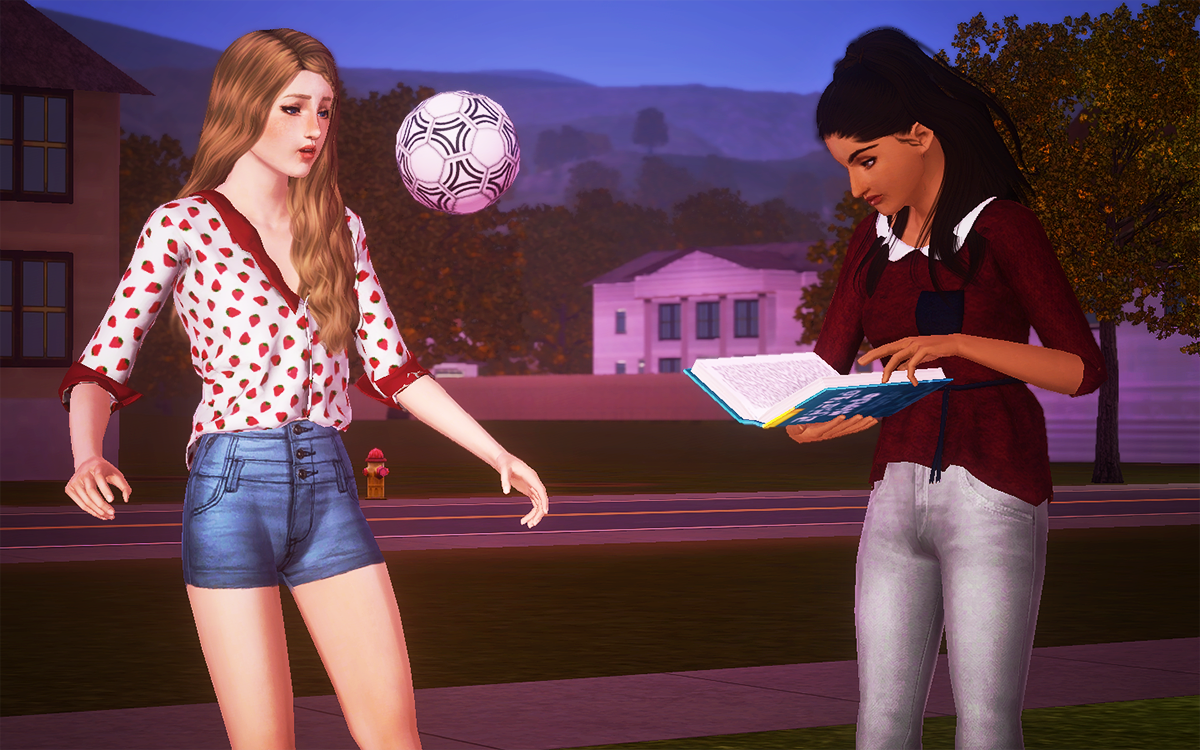 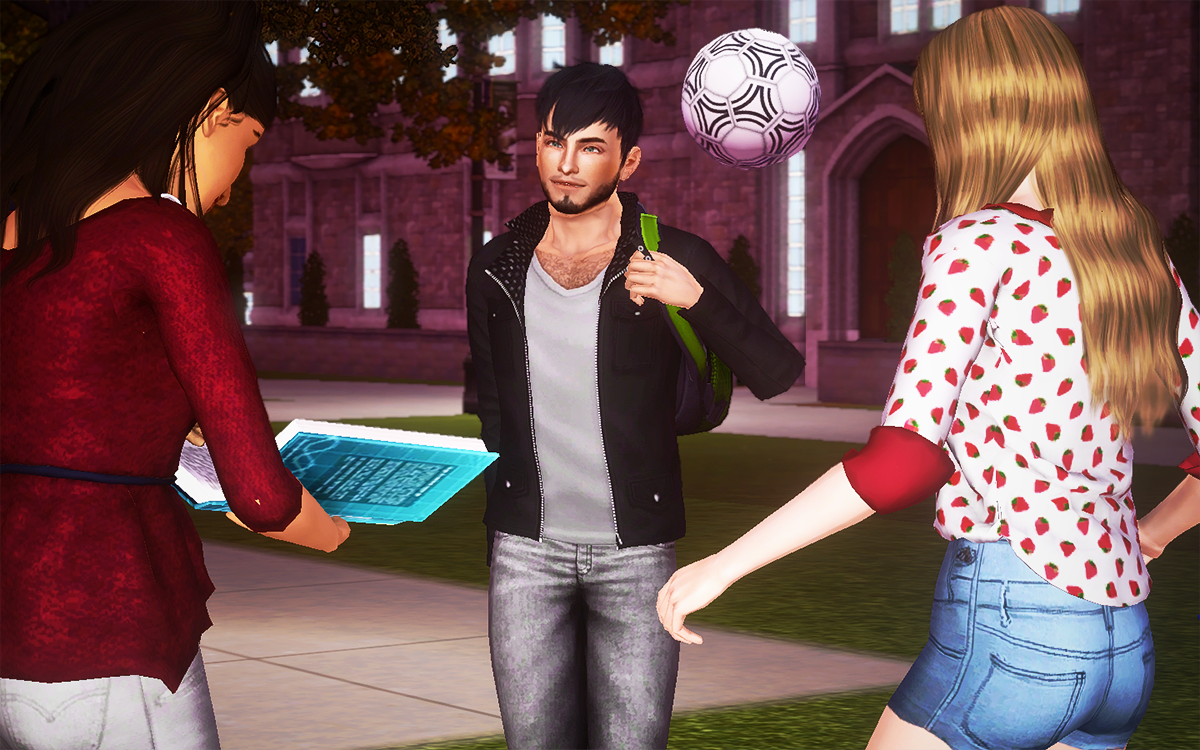 “Equation to calculate average speed.” Fatima was quizzing Courtney as she kicked a soccer ball around. They had discovered that this method of studying worked before the AP exams in high school. The ball was like a fidget; it kept Courtney focused on the questions.

“Distance divided by time!” Courtney shot as she kicked the ball high.

Courtney kept her eye on the ball as she wracked her brain for the answer, so she didn’t know Oliver was approaching them until he said, “Need to phone a friend?”

Startled, she dropped the ball, and her cheeks flushed in embarrassment. Oliver picked up the ball as it rolled towards him.

“Hey, that’s a foul!” Fatima scolded Oliver, closing the textbook and reaching up to delicately place a strand of hair behind her ear. Courtney saw and smirked slightly, so as not to embarrass her best friend.

“You still good to meet in the lab tomorrow morning, Courtney?”

“Bright and early,” Oliver reminded her as he tossed the ball her way. She caught it and he smiled. “I’ll see you guys around.” 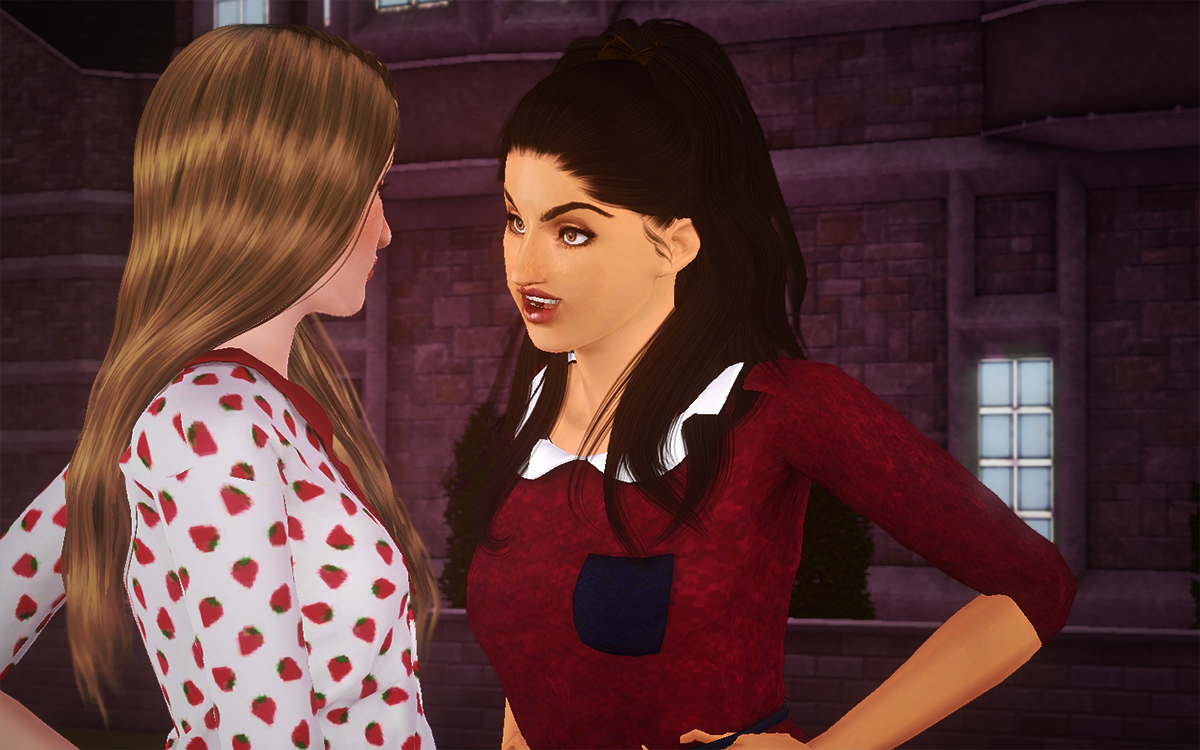 “OH. MY. GOD, Courtney!! Who in the sex god pantheon was that?! You have to introduce me!”

Courtney chuckled. “That’s Oliver. He’s my extra-credit project partner for Physics. He lives in our hall, actually… you’ll probably have a chance to introduce yourself.”

“He is – mmm, girl, I don’t know if I can even describe how fucking attractive he is in English. Plus he looks like a super bad boy…”

The two of them giggled all the way back to their dorm. 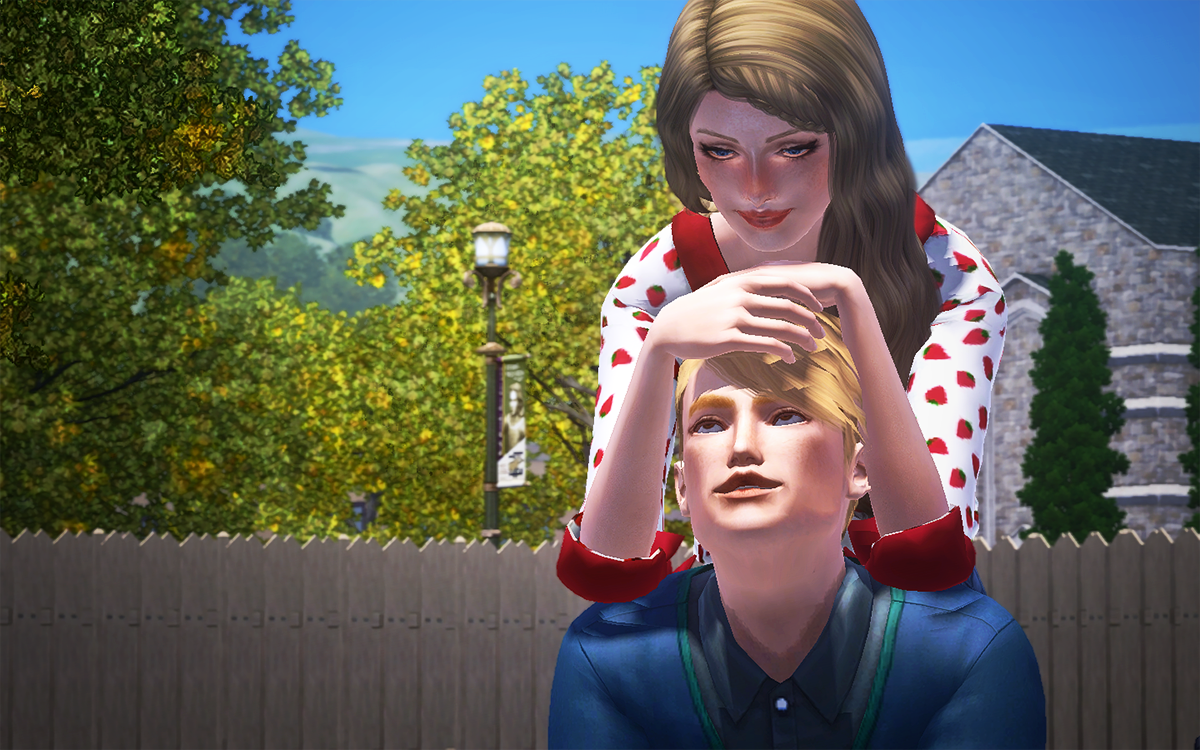 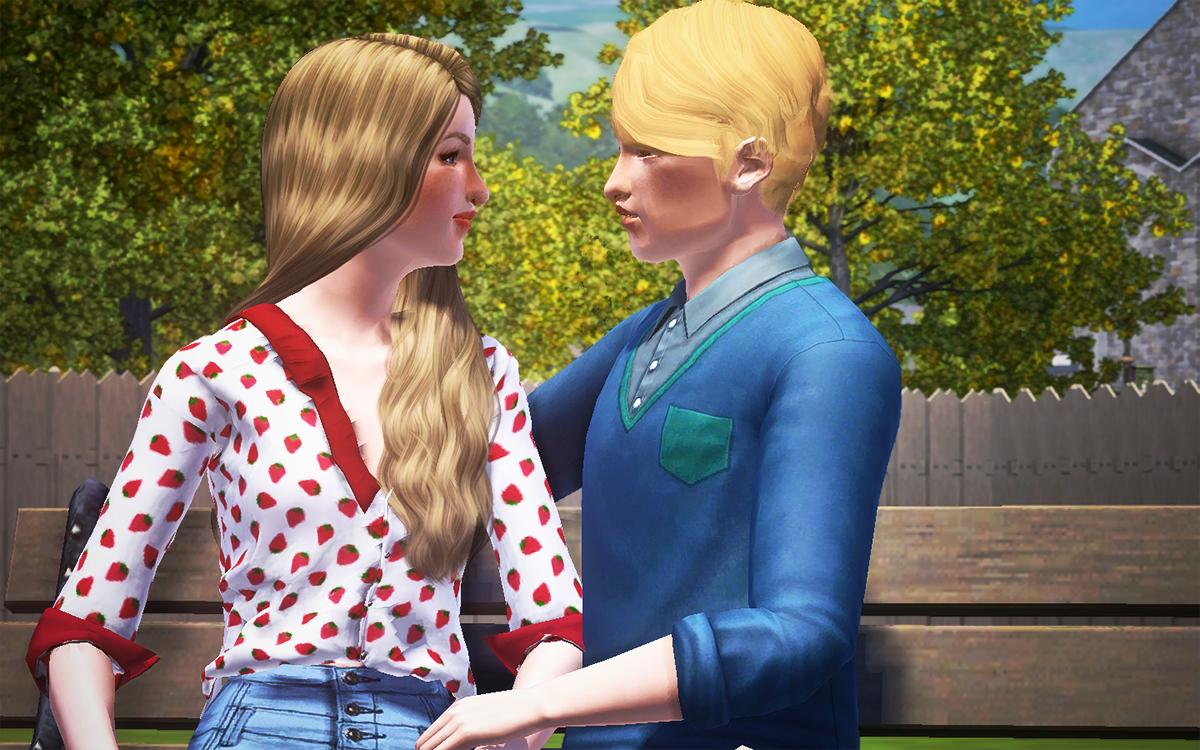 “Hey baby! I was just finishing up my assignment.” Keegan slipped his notebook into his bookbag and zipped it shut. “What’s up?”

Courtney slid into the bench beside her boyfriend. “I’m off to work on that extra-credit project, but I was thinking we could go out tonight, maybe go bowling down on Main Street?”

Keegan frowned. “I thought I told you I was busy tonight.”

Courtney bit her lip. “I don’t think you did..”

“Oh. Sorry. I have to go to a rush event. I promise after these first few weeks everything will settle down, though, okay?”

Courtney sighed and looked at the ground as she said, “Okay.” 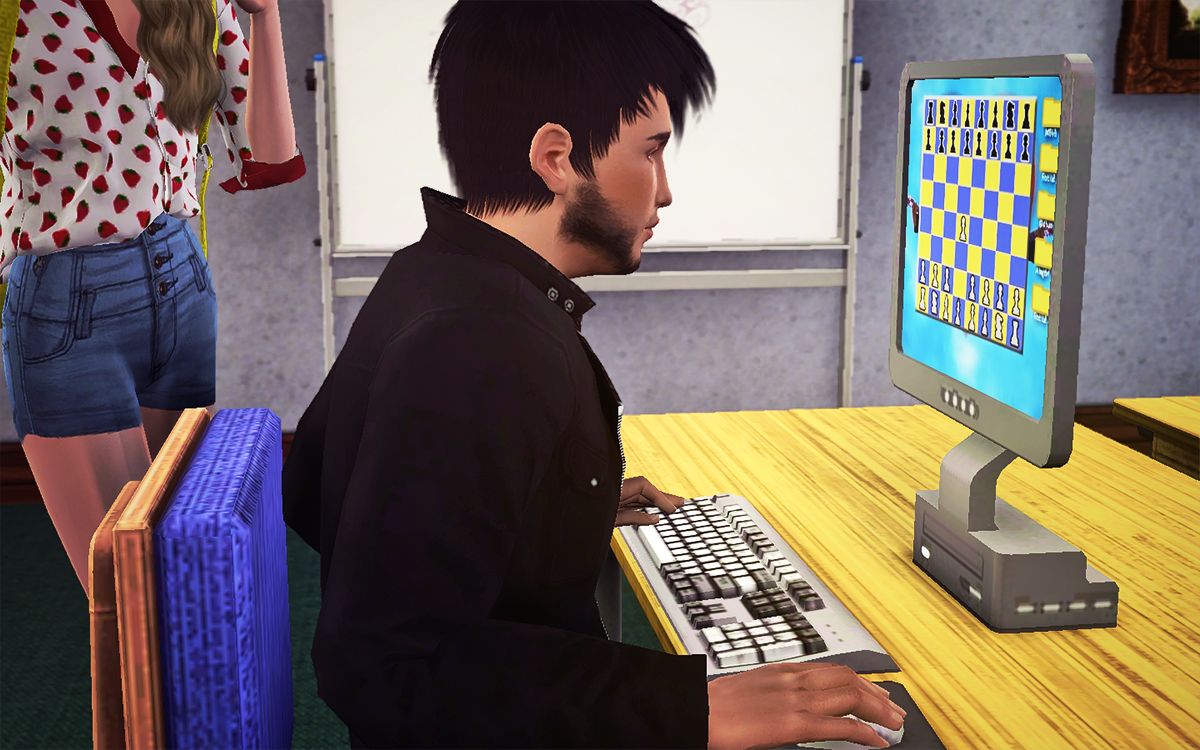 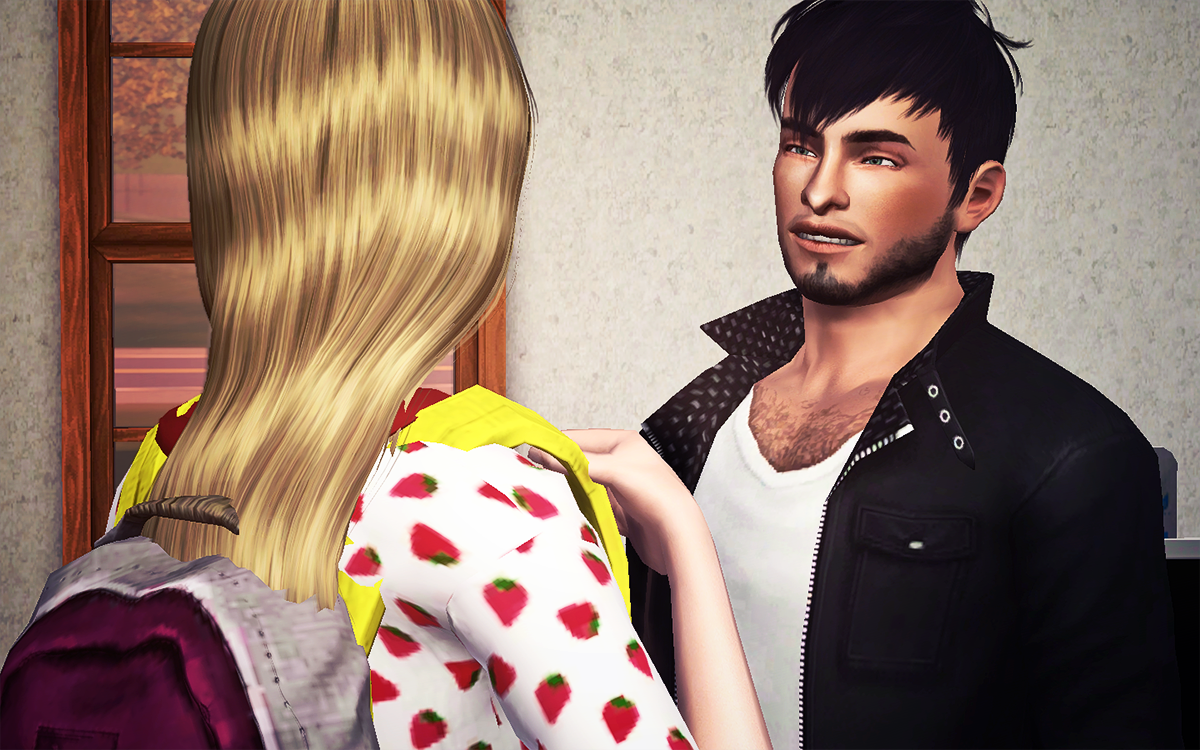 Courtney checked her watch. 10:18. He might not be here yet, they’d agreed to meet at 10:30. She glanced around the computer lab just in case. Sure enough, there he sat, playing chess online.

“There are so many games you could play online,” Courtney remarked, “and you choose the most boring game of them all?”

“At least it’s not minesweeper; there’s actually a known method to this game.” He chuckled and logged off. “Ready to get to work?” 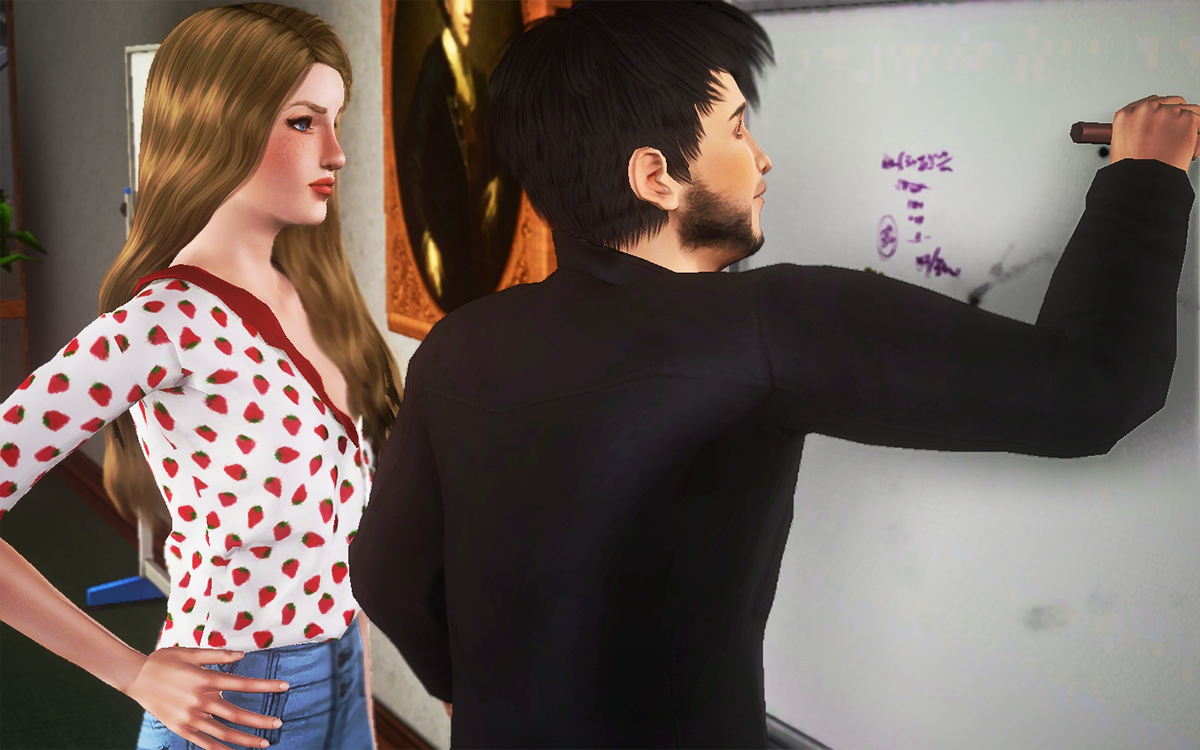 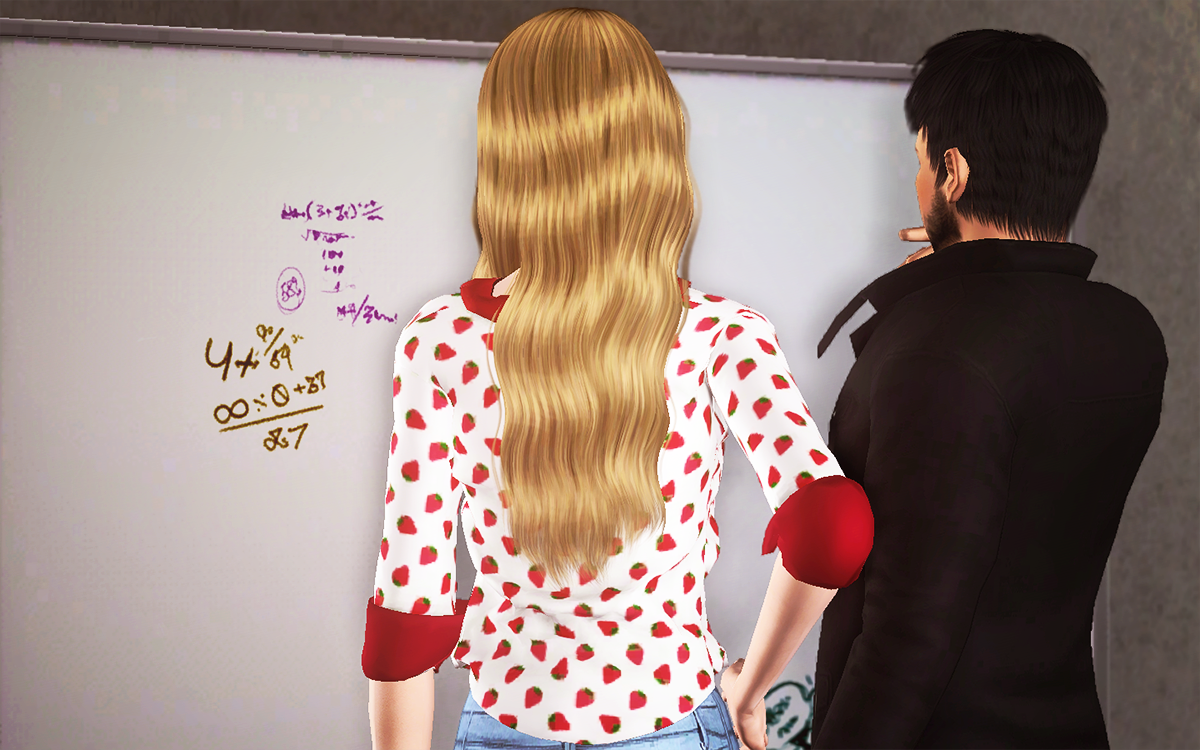 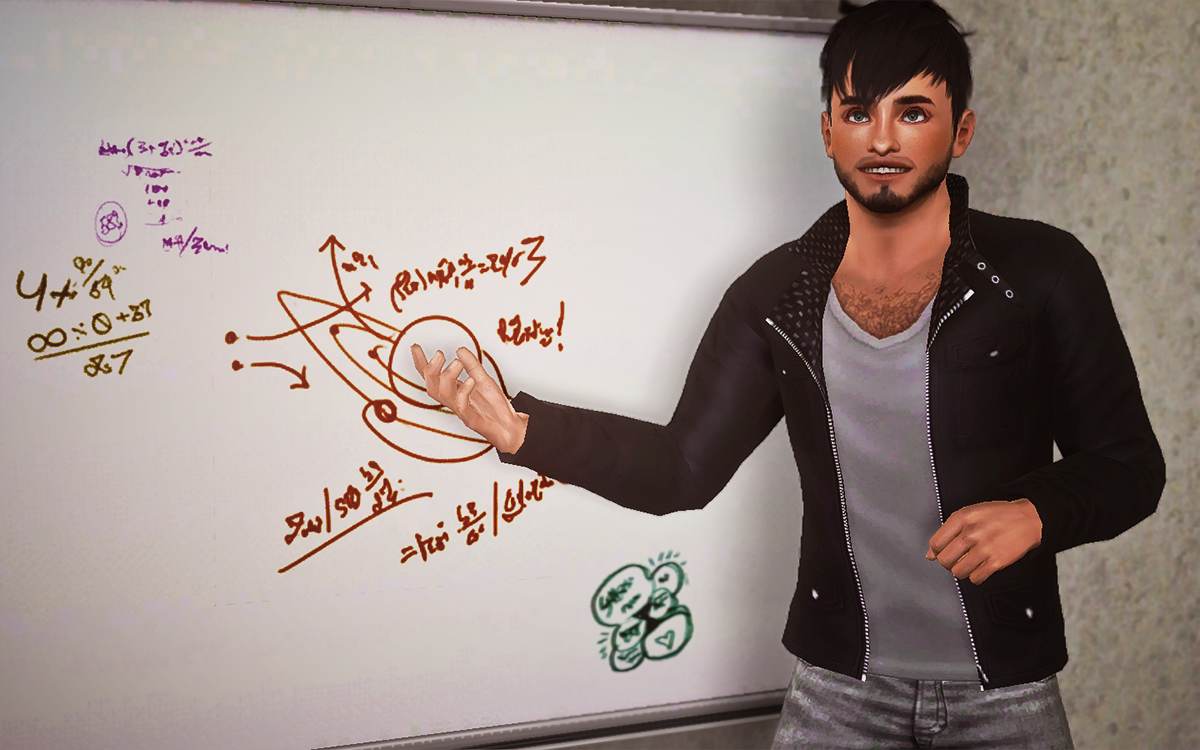 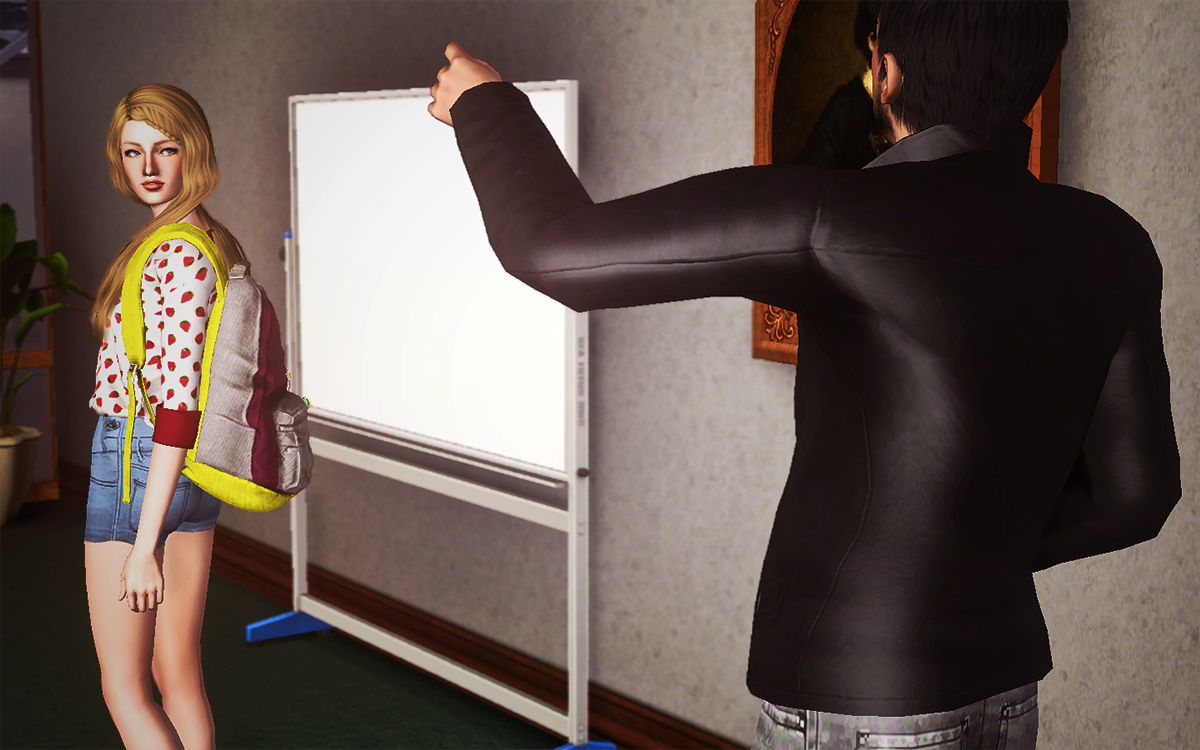 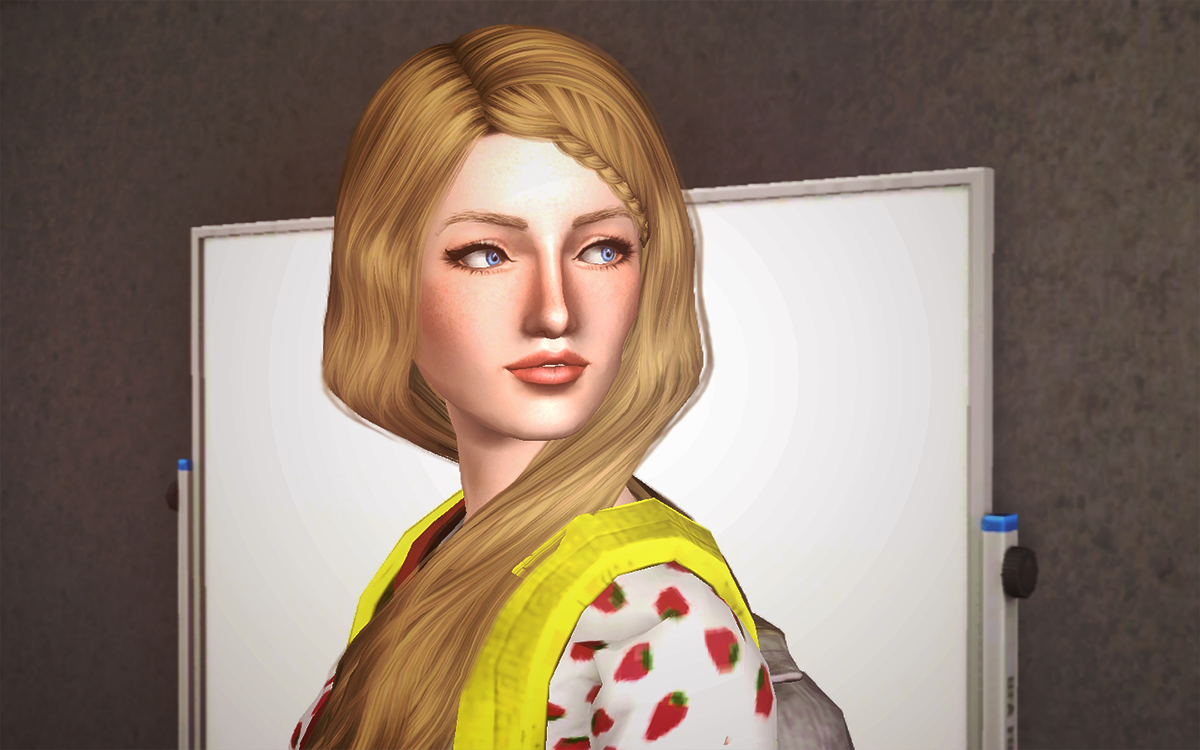 “That may be an understatement.”

“Hey, by the way, I’m performing later tonight at the coffeeshop down on Main Street. See you there?”

Courtney thought about it for a moment, then said, “I’ll be there.” 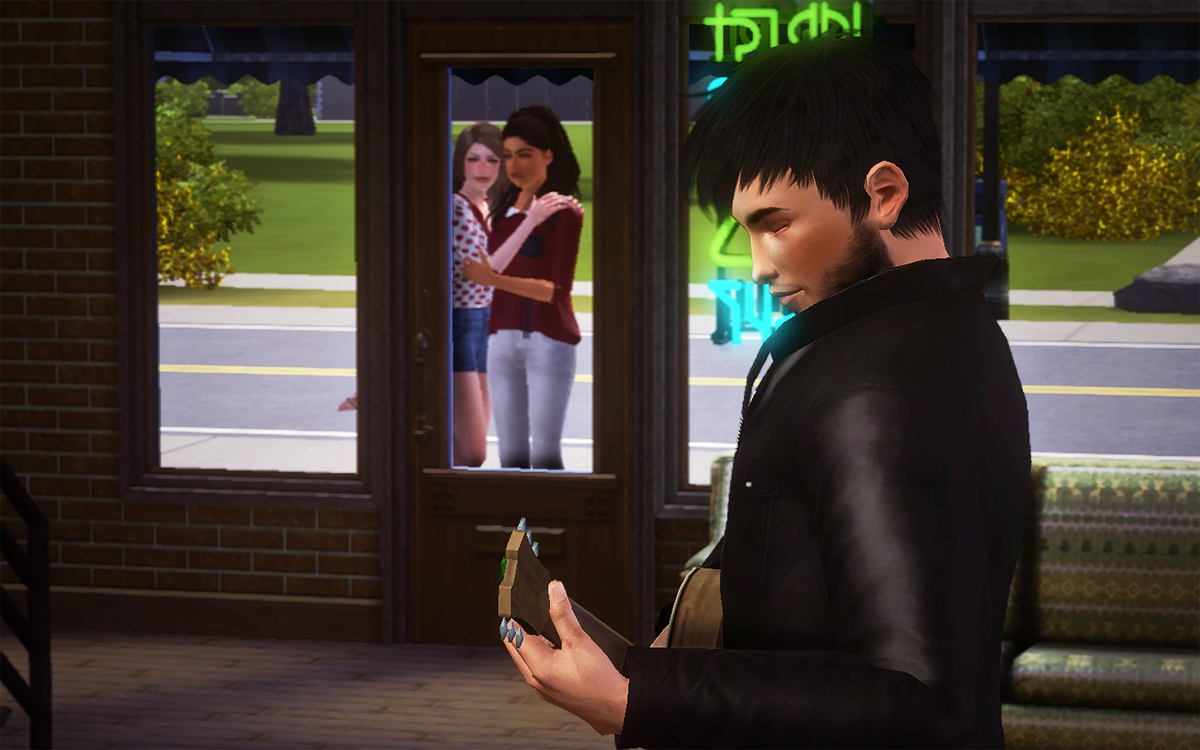 “OHMYGOD, Courtney, there’s like… nobody in there! He’ll see me for sure!”

“YES! Christ, he’s gorgeous… but ohmygod what if he thinks I’m funny looking? I don’t want him to see me!” 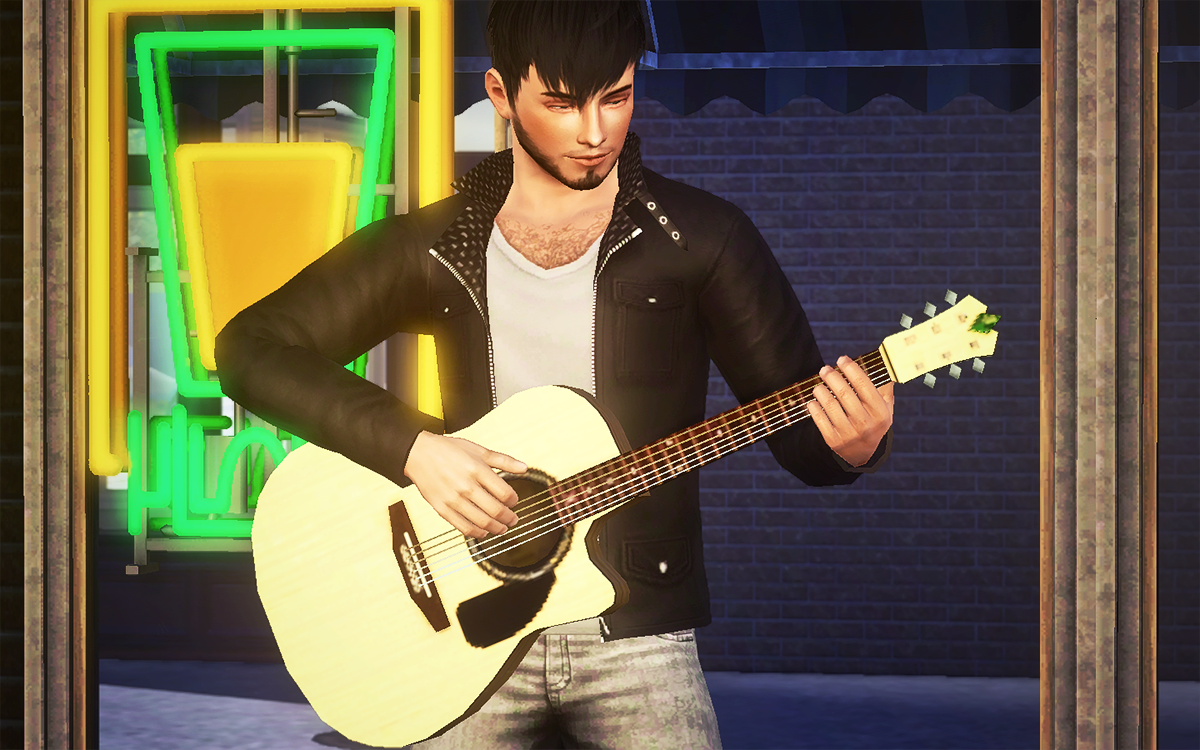 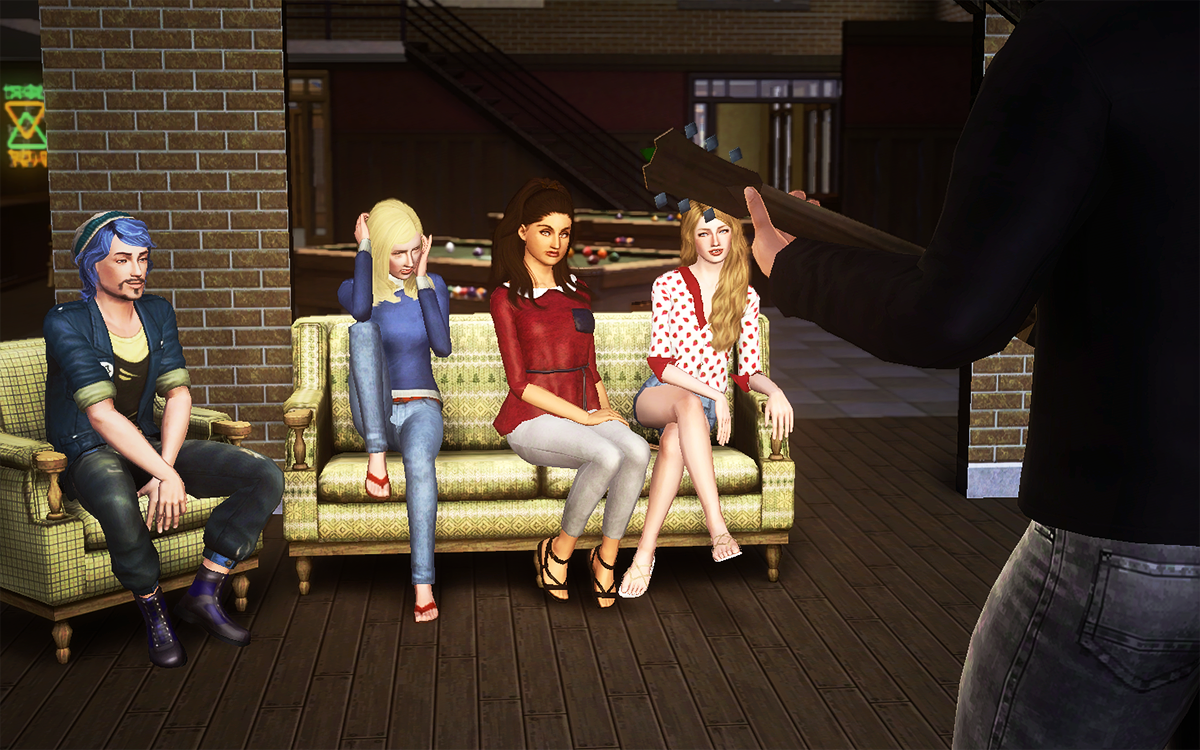 “Betcha thought I was about to play Wonderwall. You’re welcome!!” 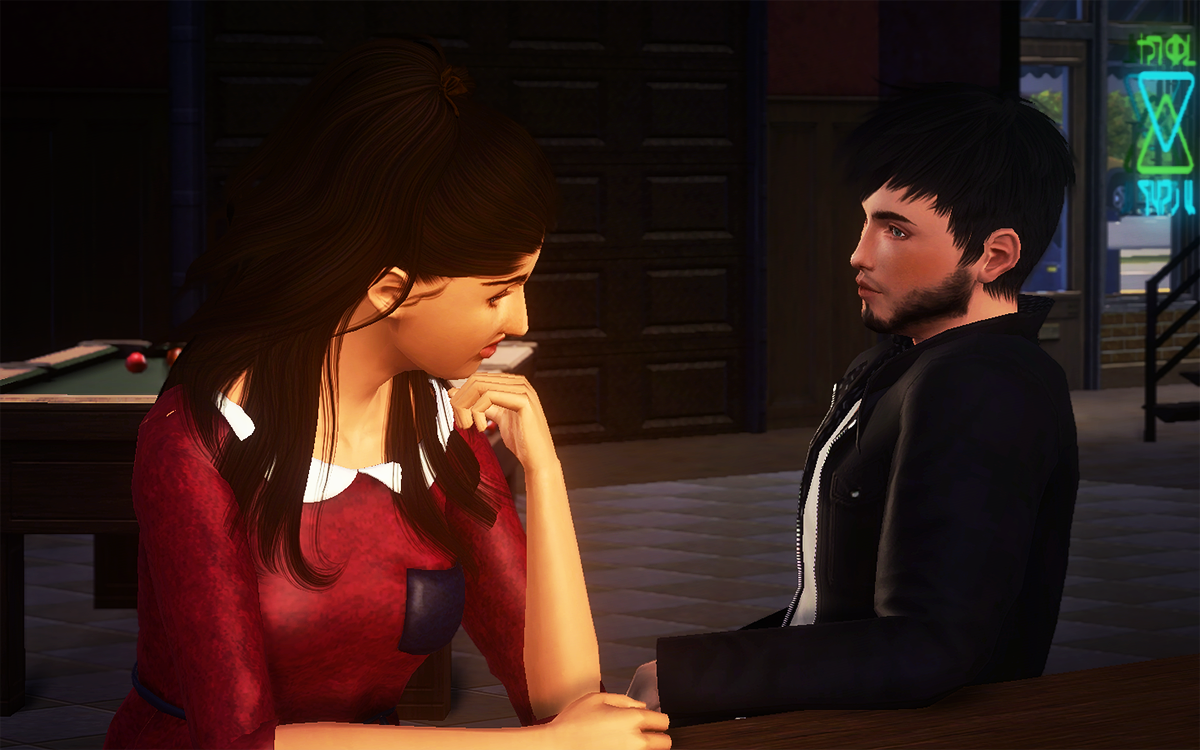 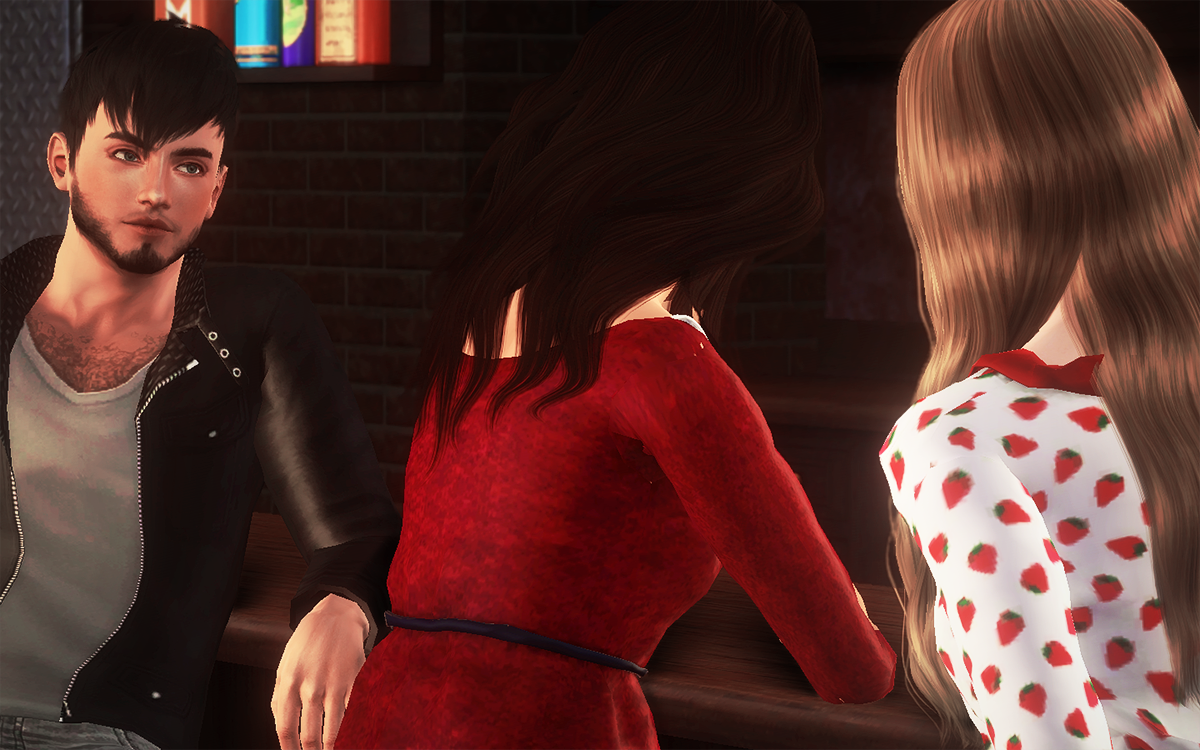 “Hey Courtney, you made it!” Oliver was beaming as he slid into the barstool next to them.

Fatima glanced at her and made a face.

“Oh, by the way, Oliver, this is Fatima.”
Fatima held out a dainty hand. “Nice to meet you,” she said, smiling coyly.

“Likewise… well, I actually have to get going. It was nice to meet you, Fatima. Thanks for coming, guys!”