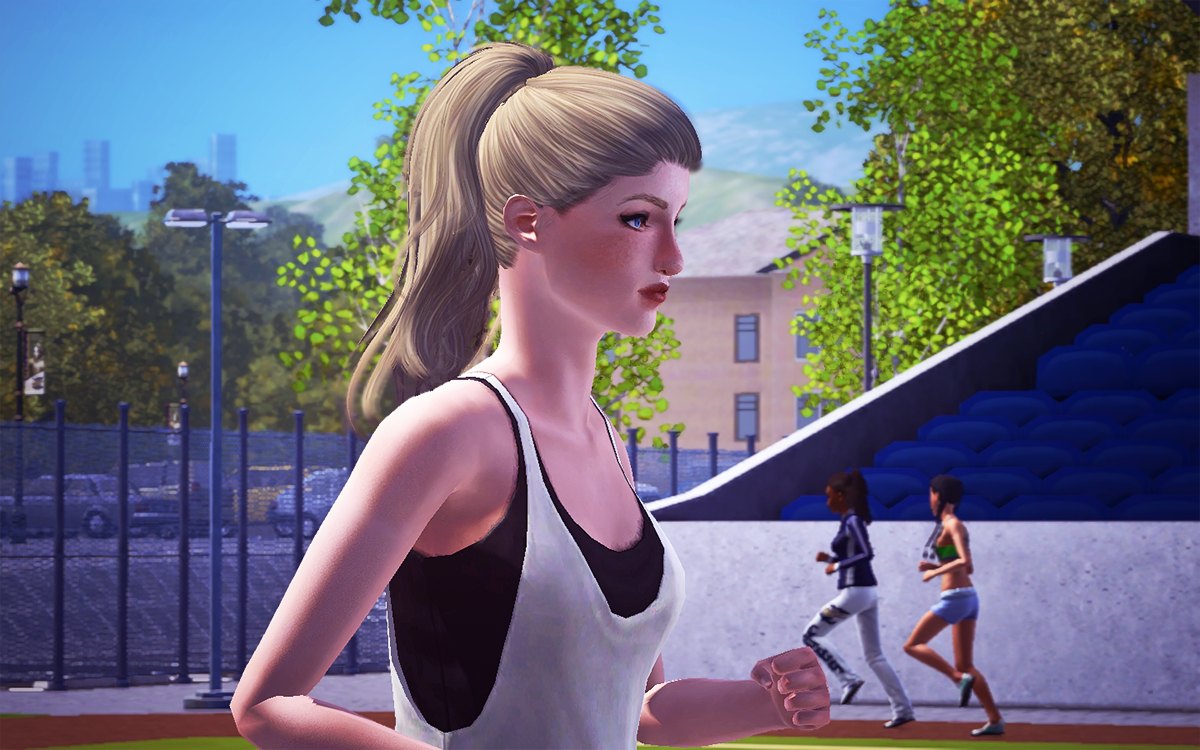 “HUSTLE LADIES! You’ve got one minute to complete your mile warm-up!”

Courtney was already on her second mile. She had to admit, she was a bit nervous, but there really wasn’t much of a need to be; the tryouts were for club soccer, not the actual team. She hadn’t even tried out for the college team, it seemed like too much of a commitment. If she did the club team, she could have a social life, study, and play soccer. It was an easy decision. 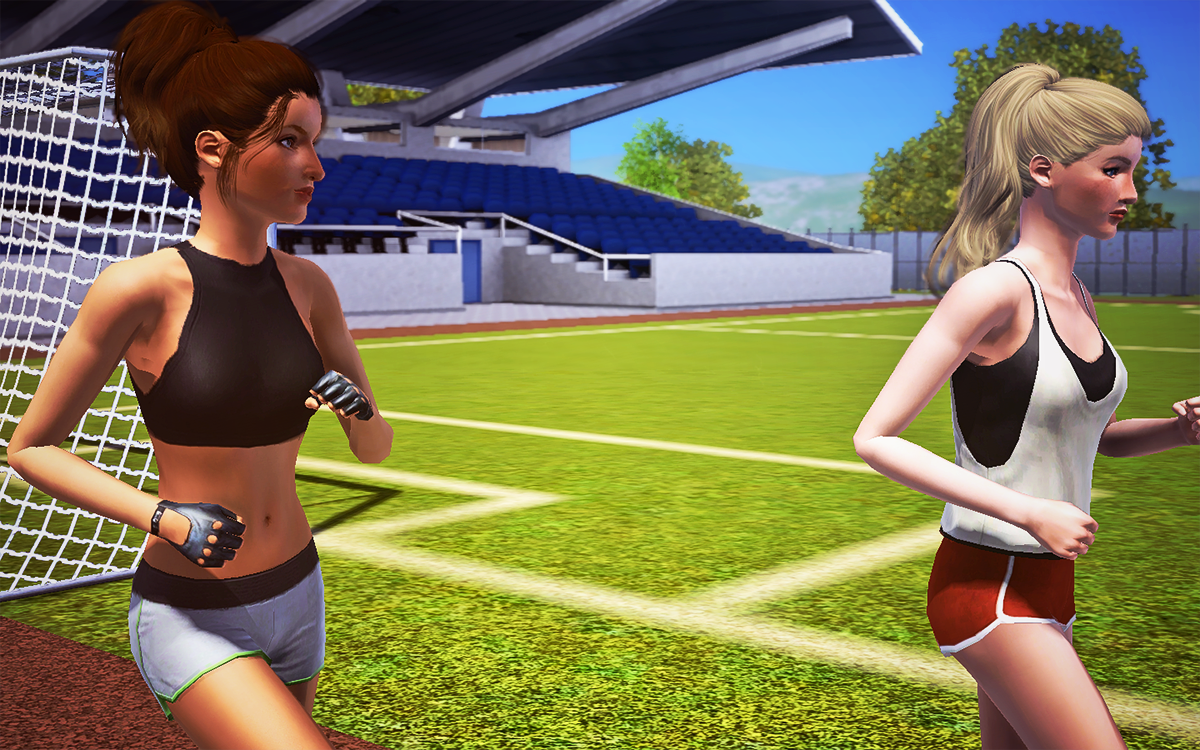 Courtney heard someone groan behind her. “They take this fucking team way too seriously,” she heard her mutter.

Courtney turned around, and the girl smiled at her. “Don’t worry, you’ll be fine. You’re already on your second mile. Some of these girls are on their second lap.” She shrugged. “Not that it should matter, it’s club soccer for fuck’s sake.”

The team captain blew the whistle, calling everyone off the track and onto the field. The girl waved at Courtney as she ran past her towards the goalposts. 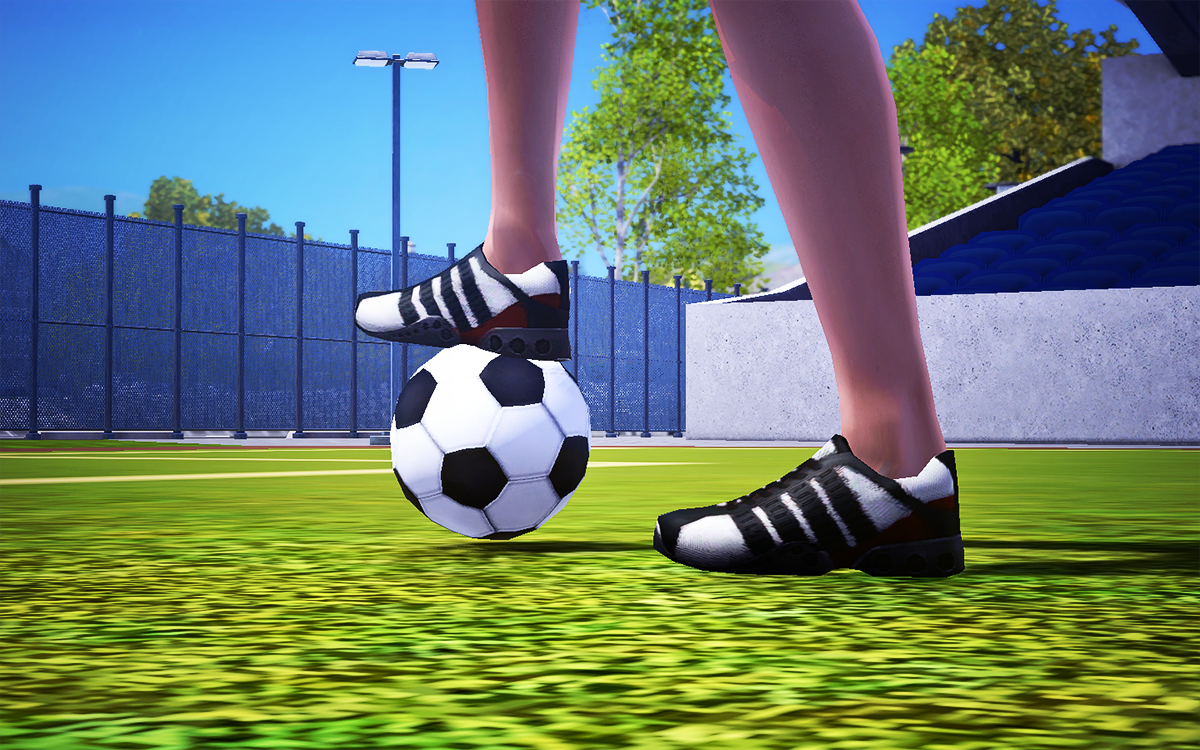 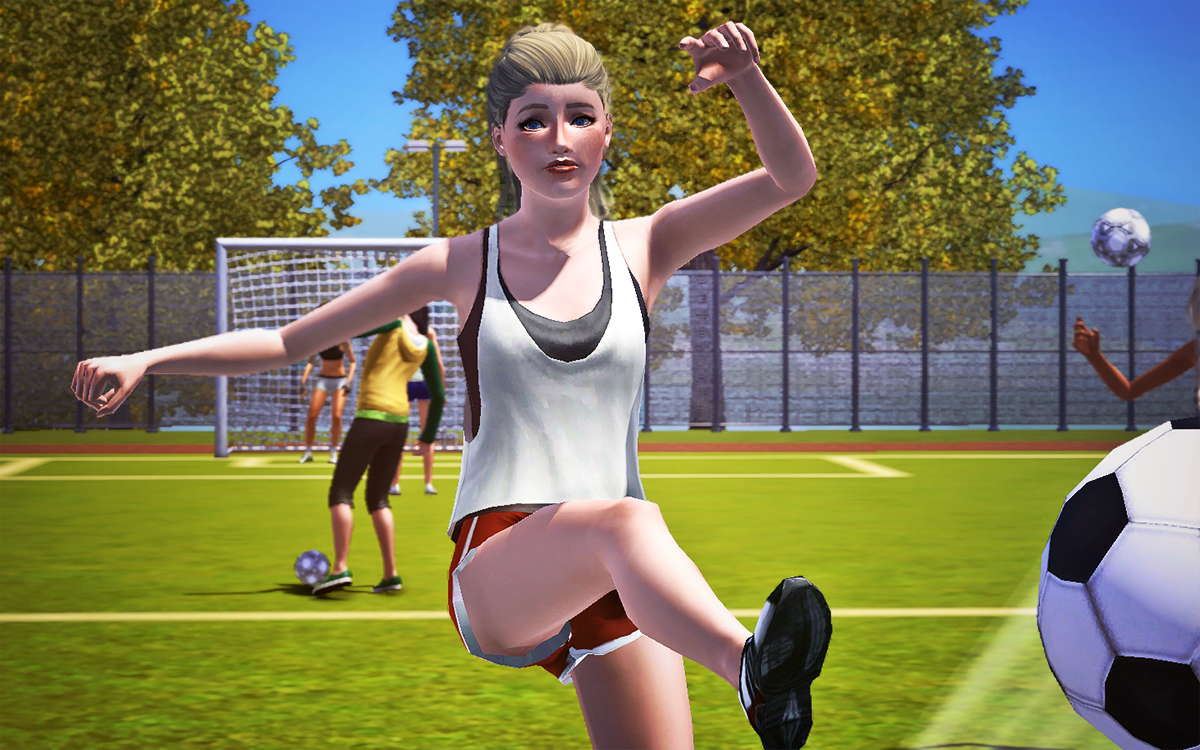 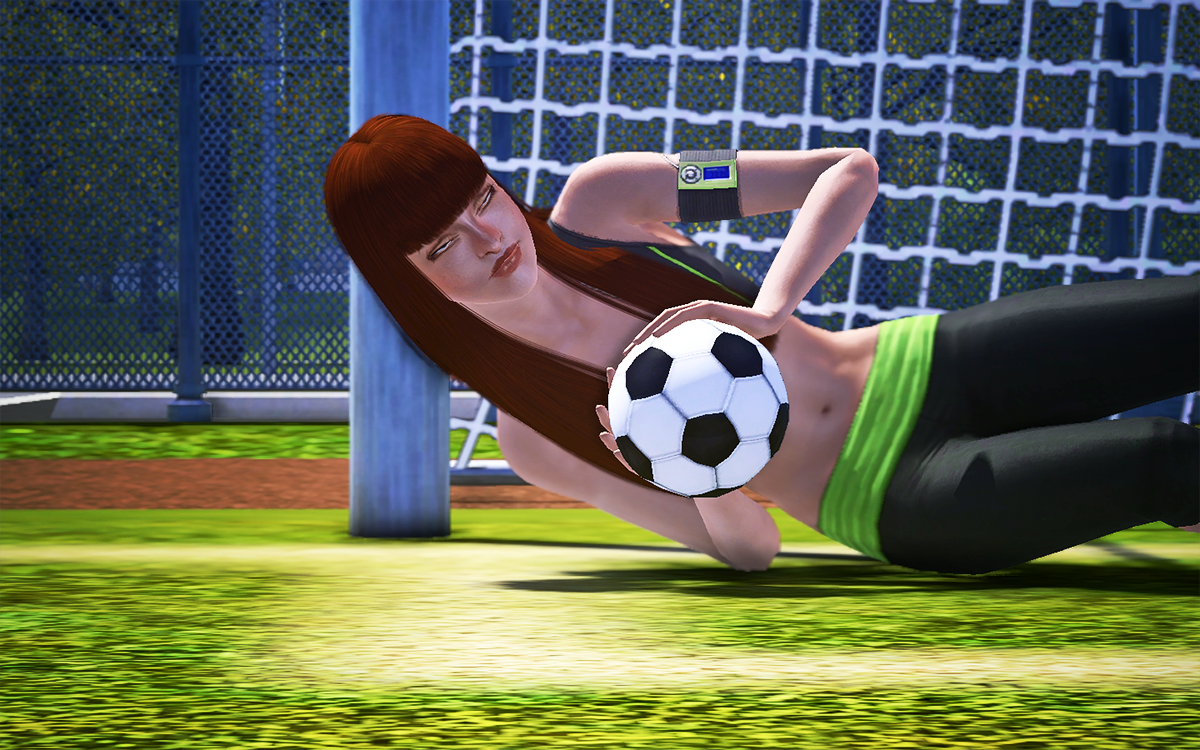 Courtney was assigned to shootout with Rebecca, the captain. She caught Courtney’s first kick easily.

“Hmm… good form,” she said as she tossed the ball back to Courtney, “Can you do better?” 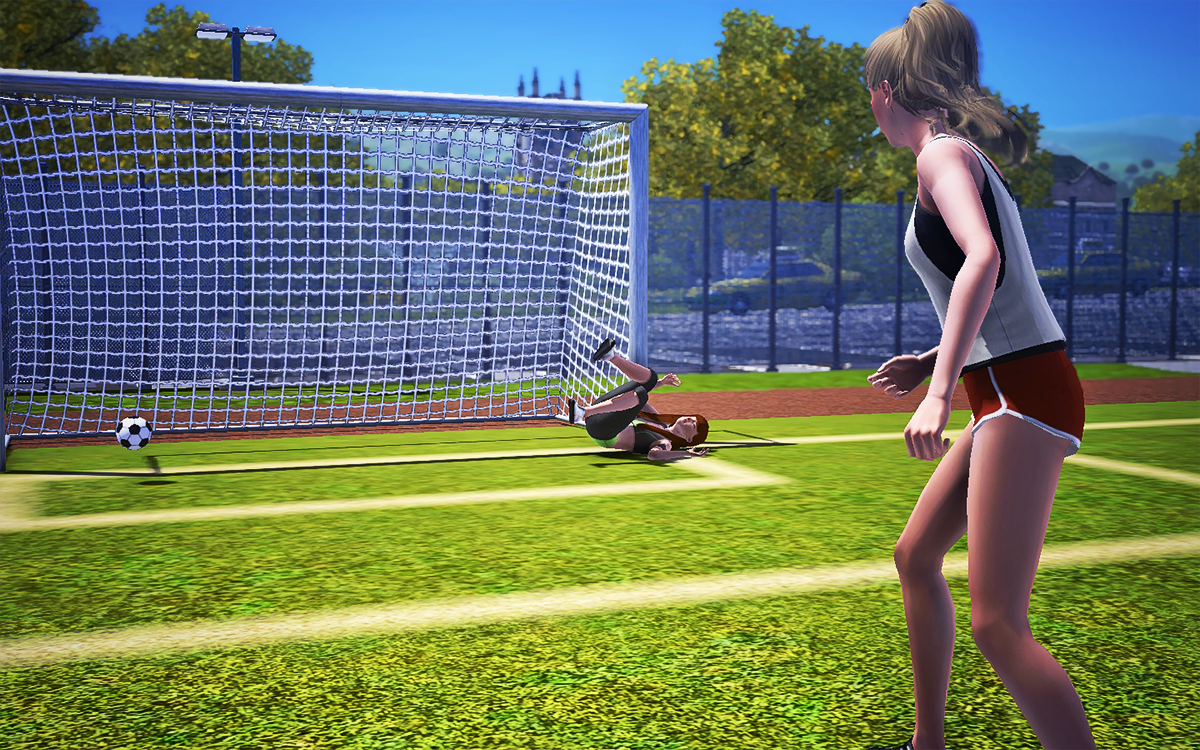 “Yeah,” Courtney called out as she made the next goal. “I think I can do better.”

Courtney made 8 out of the next ten goals. When they finished, the captain gave her a high-five. “Why aren’t you playing for the school team?” she asked.

Rebecca laughed. “I get it.” 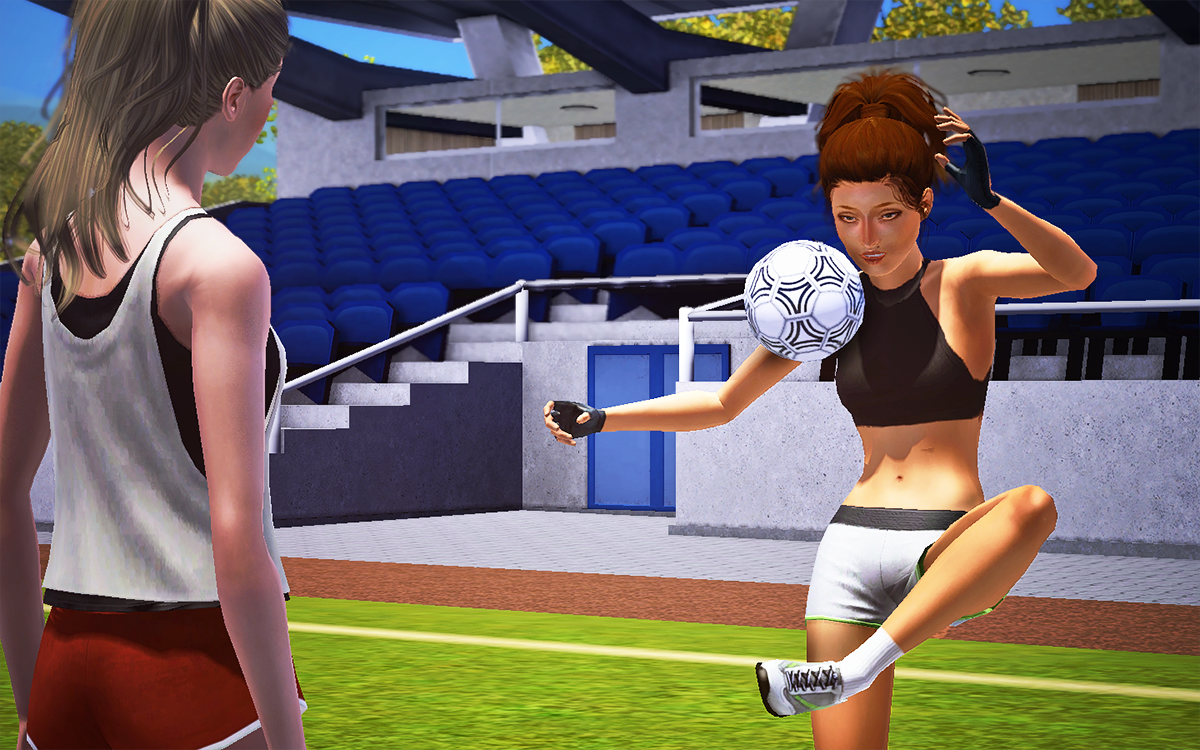 “I saw you shooting out with Rebecca over there – you’ve got this in the bag. I might as well officially welcome you to the team, but then, I may not be on the team after this.”

“Why not?” Courtney asked, “You’re doing great – you’re outperforming most of the girls here.”

“It’s not all about how well you play. It’s also about who likes you -” she cast a glance over at Rebecca and the team co-captain “-and who doesn’t.” 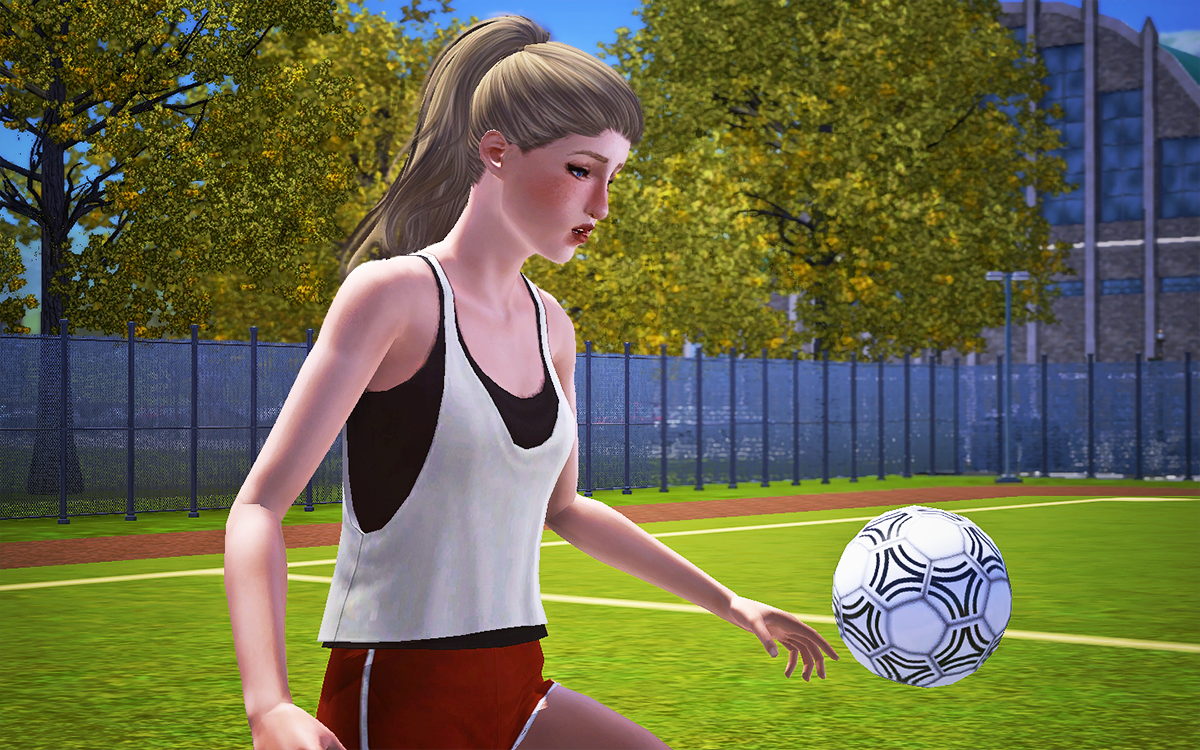 Courtney frowned. The girl passed her the ball. “I’m Elisa, by the way.”

“Well, Courtney, have some advice: stay out of Rebecca’s way if you want to make it on this team. She is ruthless.”

The whistle blew, signaling the end of try-outs. “We’ll email everyone the decisions,” the co-captain called out as the girls rushed into the locker room. Courtney lingered behind, taking time to put her ball away before she made her way into the stadium. 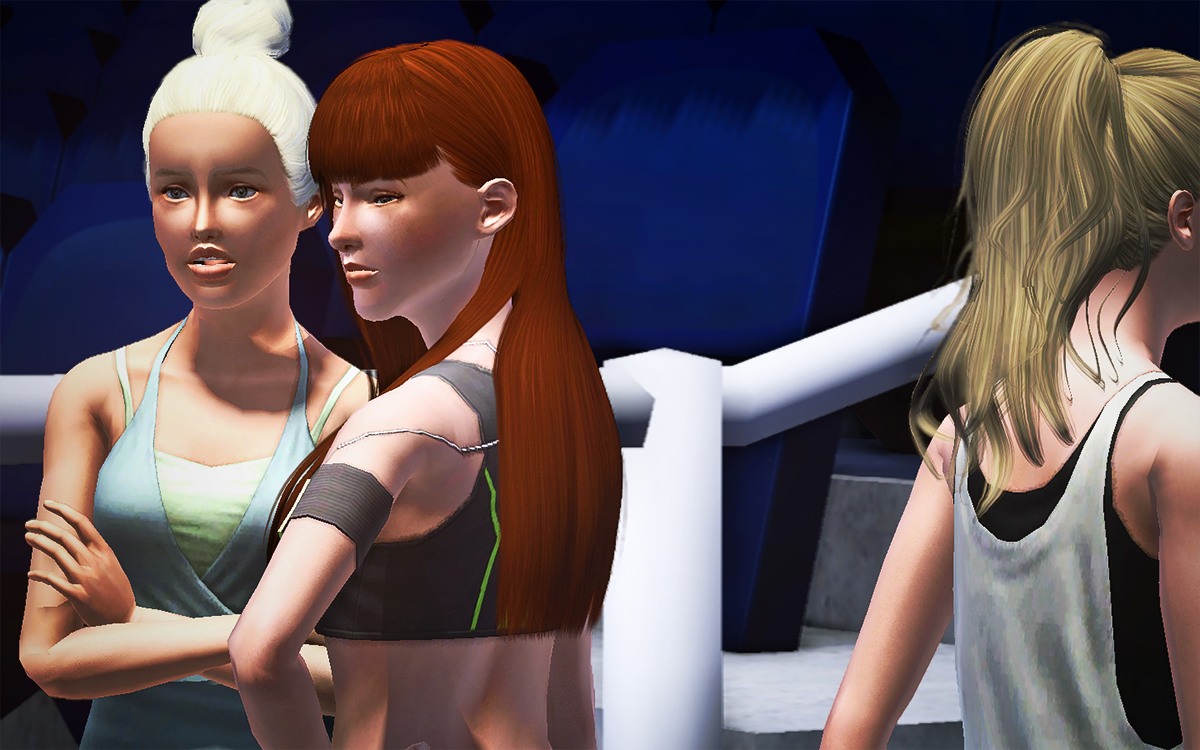 She passed by Rebecca discussing the tryouts with her co-captain on her way into the locker room.

“What about Tabitha?” the co-captain asked.

“What about her?” Rebecca sneered.

“She’s a star player, do you really think we should -”

“She’s a disgusting, filthy slut, that’s what she is, and she has no place on our team.”

Rebecca sighed. “If I cut Elisa and Andrea, the only decent player we’ll have besides us will be that new girl, what was her name?” 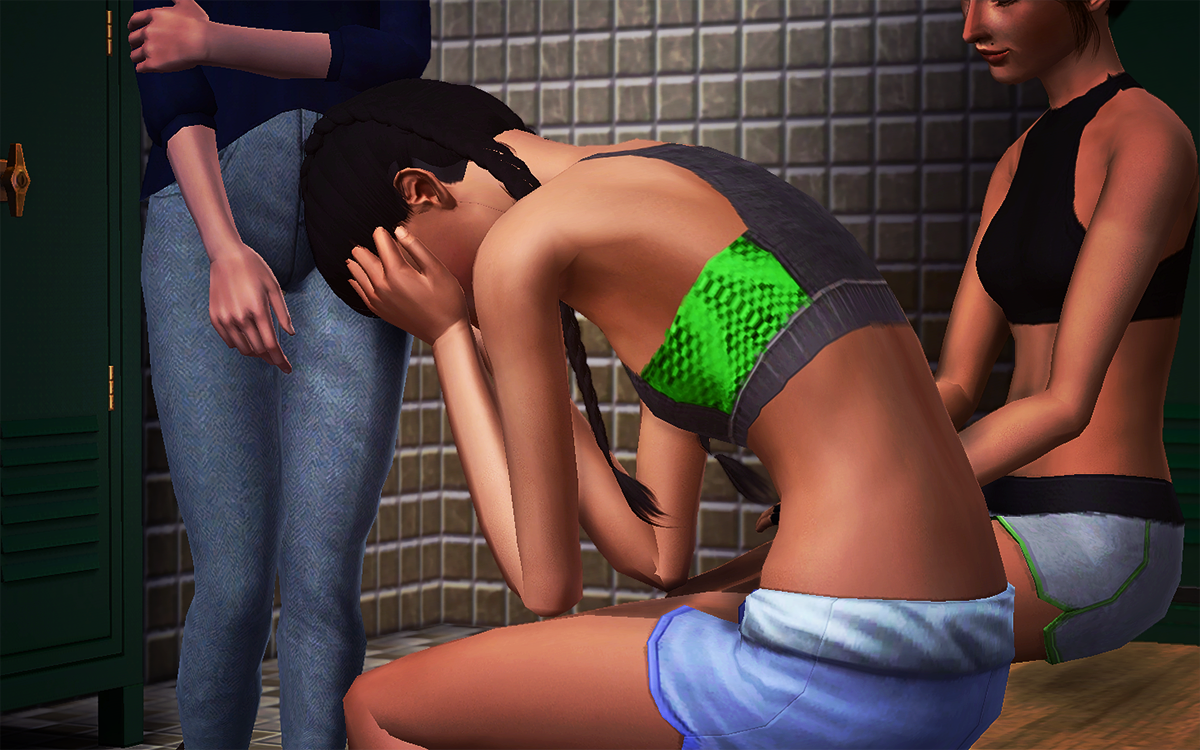 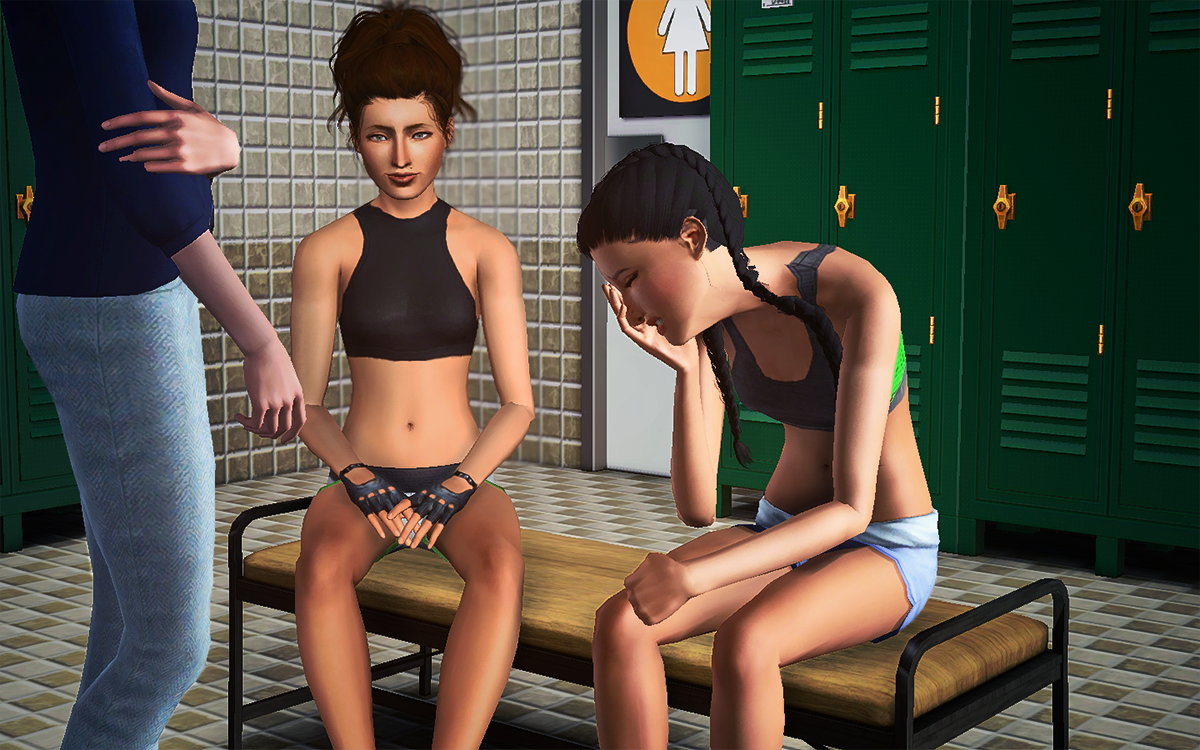 Courtney headed into the showers. At first, she heard a gentle din of voices and locker doors, but soon it seemed that most of the other hopefuls had filtered out. It wasn’t long after that she started to hear the sobs over the spray of her shower.

“Tabby, if they cut you, we’re not playing either, I promise,” someone assured her.

“I can’t believe she’s being such a cunt,” someone else cried.

“I can,” someone else snorted. “She’s been nothing but a bitch to us the whole time we’ve been on the team.”

Courtney turned her water off and dressed. She saw only three others remaining in the locker room, Elisa and two others. 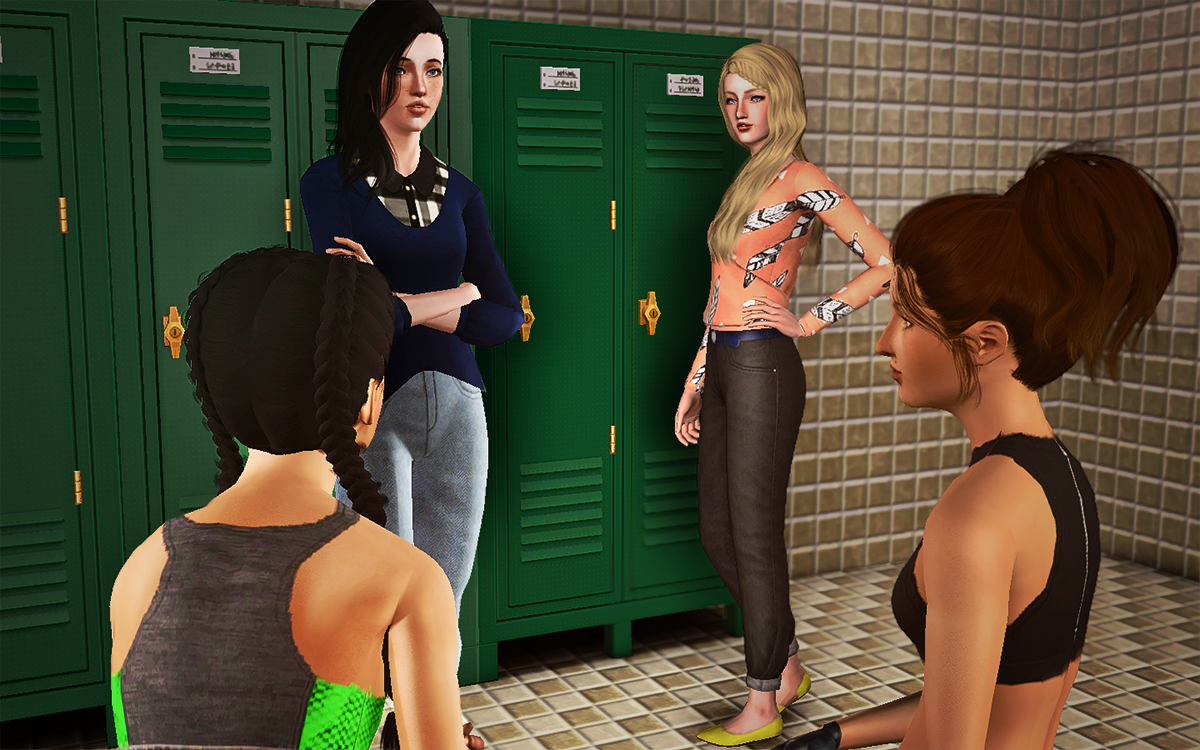 “She feels threatened by us,” the black-haired girl said, “because we’re better than her and her cronies.”

“She seems genuinely awful,” Courtney chimed in, “And her attitude doesn’t make me very eager to join the team…”

“Do yourself a favor and run for the fucking hills,” the girl beside Elisa, the one who had been crying, croaked.

“For real. This team is bullshit,” Elisa agreed.

“I still wanna play soccer though,” the crying girl admitted.

“We should just do intermurals.”
“You need more than 3 people for a soccer team,” Elisa reminded her.

“I’d be down,” Courtney assured them, “And my friend probably would be too…”

“Fuck club soccer,” the rest of them echoed. 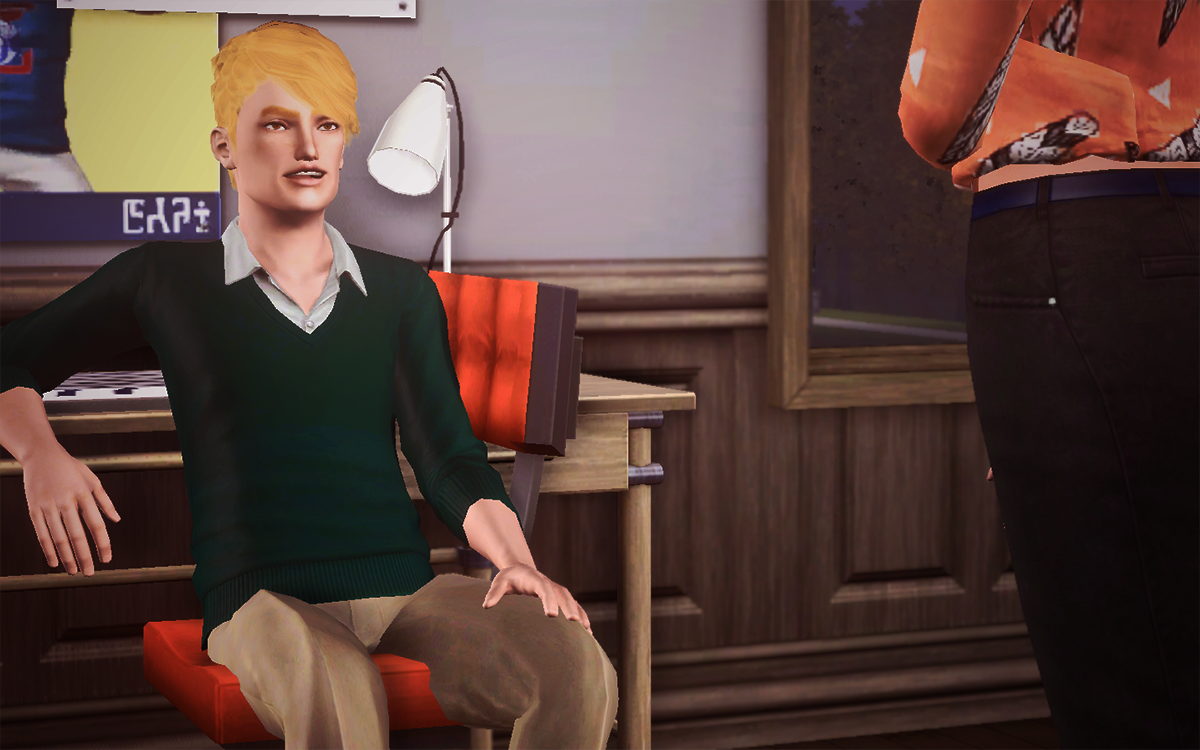 “Hey babe, how were tryouts?” Courtney jumped as she opened her dorm room door and heard an unexpected voice.

“Fatima let me in. I figured after the past few nights, we could do with some alone time…” 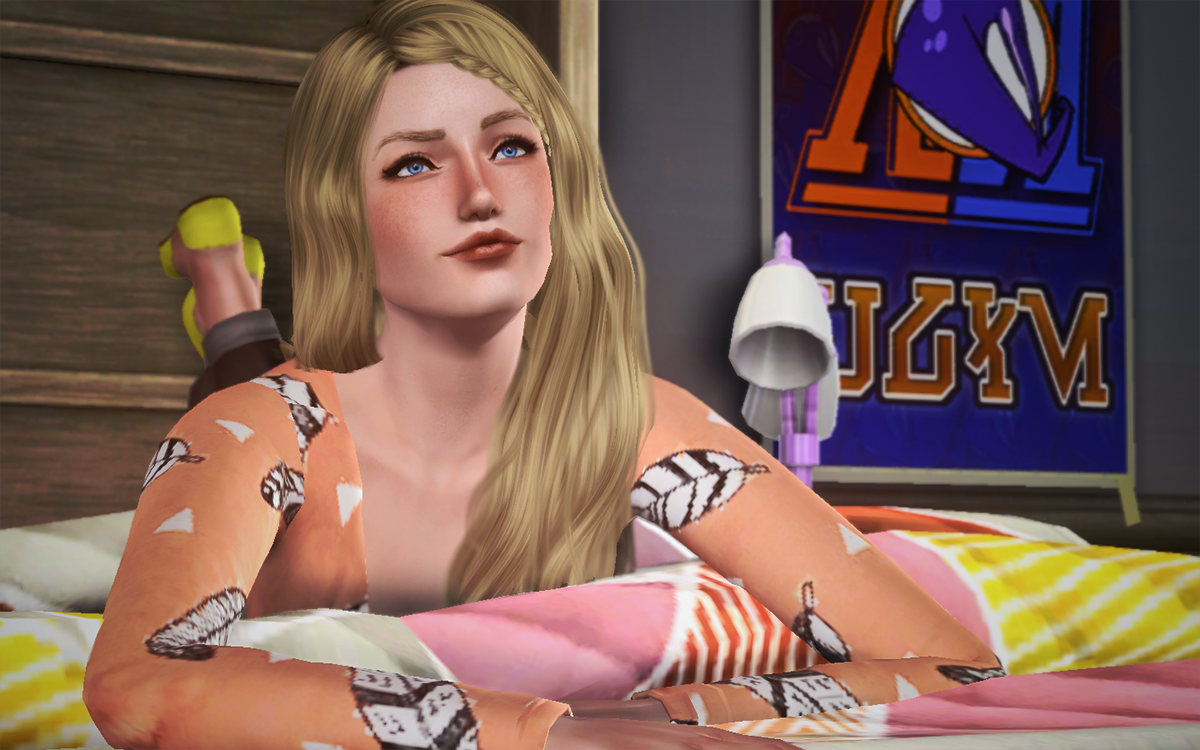 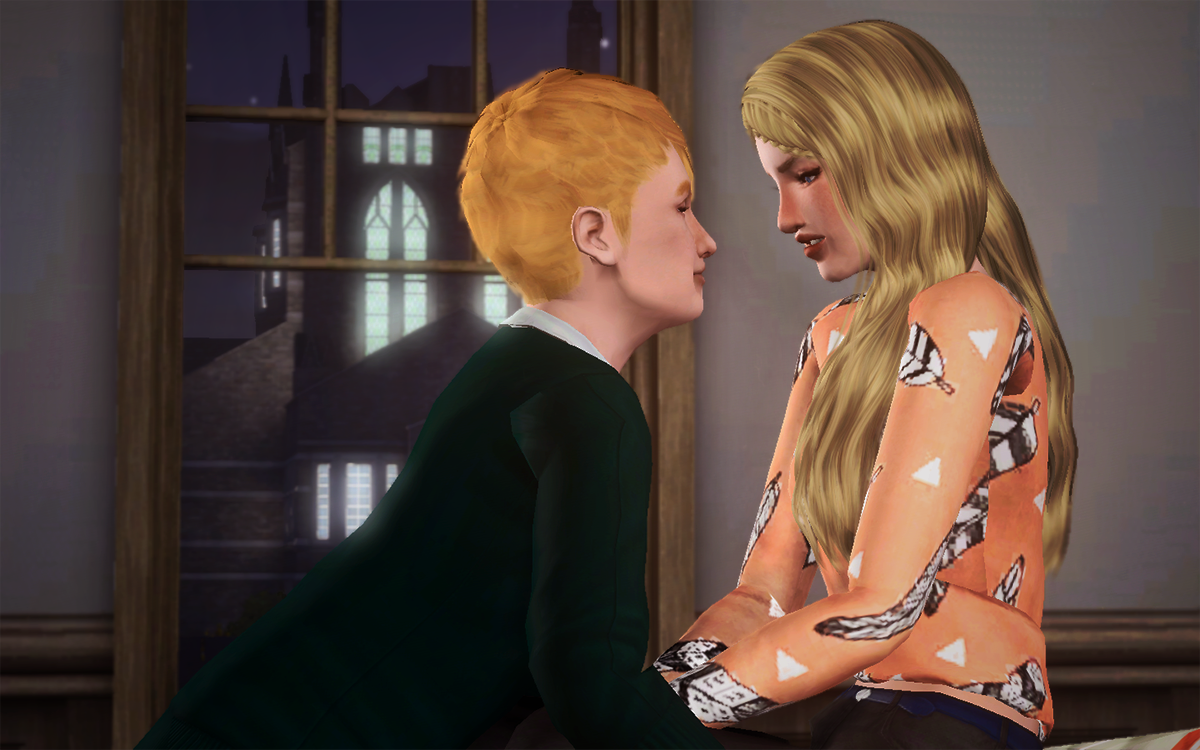 Courtney threw herself on the bed.

“Alone time, huh?” She bit her lip. What did that entail? She really hoped Keegan didn’t mean…

“Don’t worry, babe, I’m not expecting anything like… you know… I just thought it’d be nice to be alone for a while. I’ve missed kissing you.” 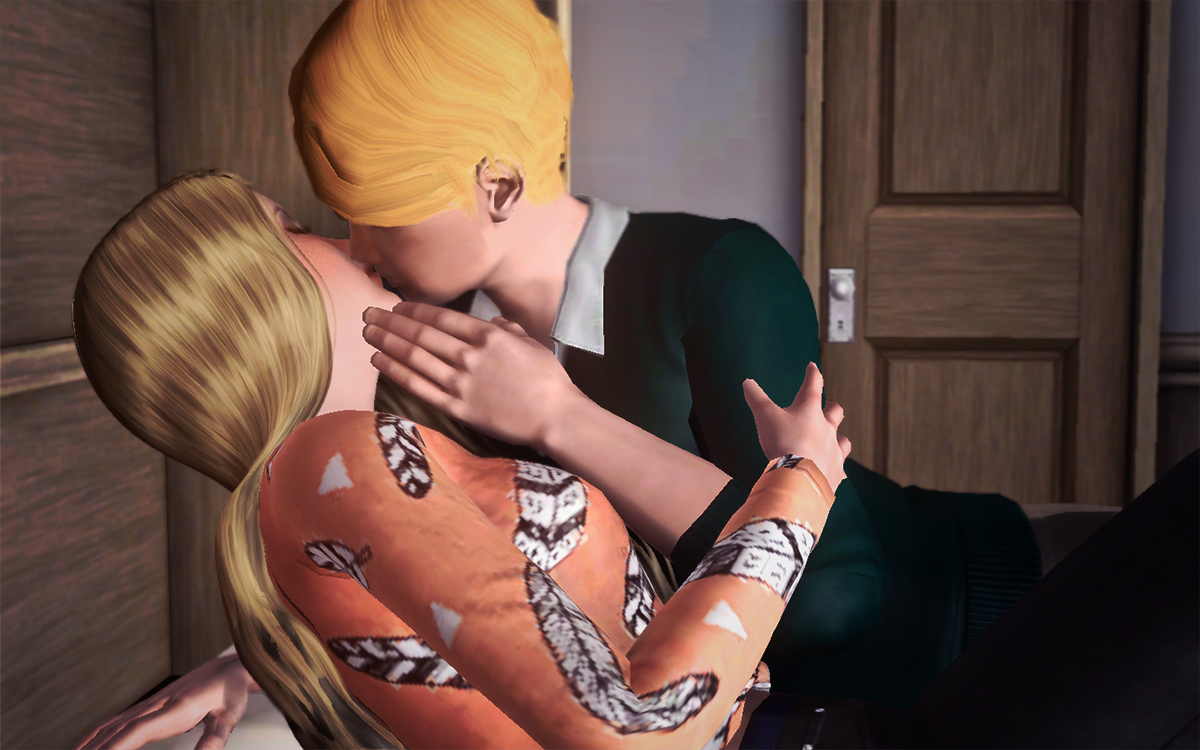 Keegan climbed up on the bed and kissed her fiercely. It made her dizzy, the hunger in his kiss. He cupped her cheek for a moment, but then he let his hands roam over her, over her hips, her back, her breasts… he fiddled with the hem of her shirt, and she lifted her arms in response so he could pull it off of her. She grabbed at his shirt, too, and once it was off, she ran her hands over the smooth muscle of his chest. 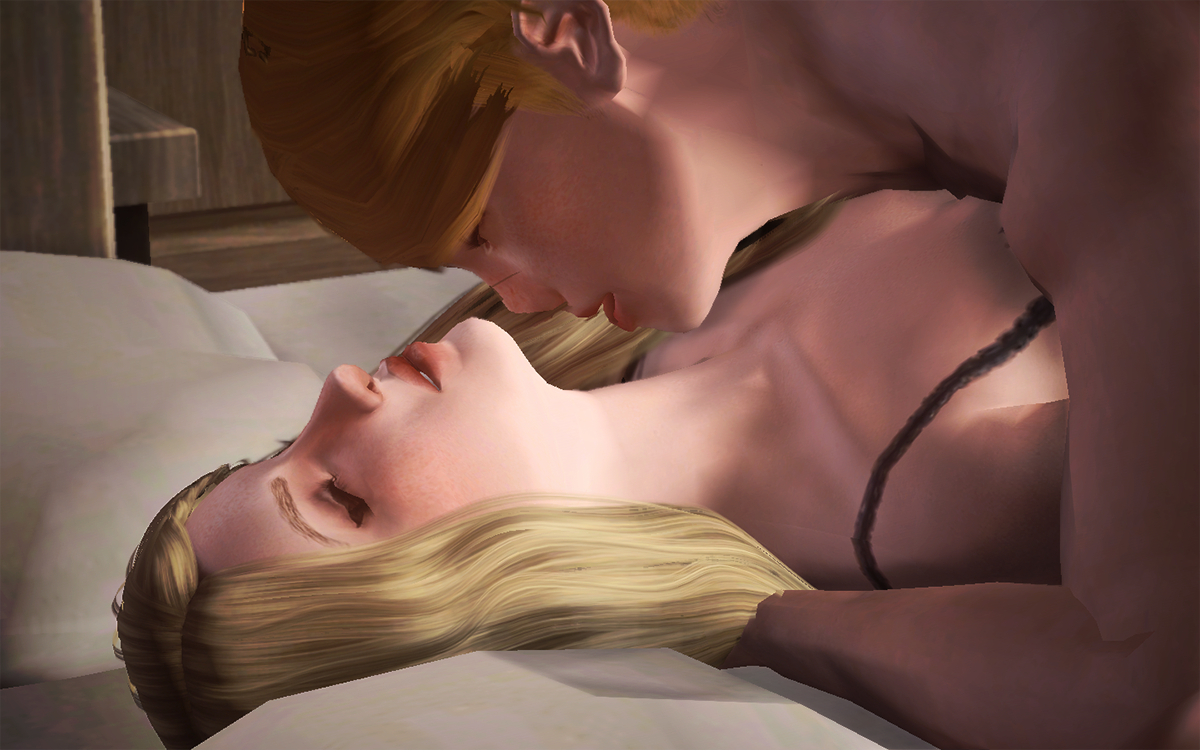 They’d done this before, this getting nearly naked, but never any further.

Keegan kissed her neck and she whimpered a little. His hands were still roaming; she noticed that they were heading down her stomach. He moved his lips back to her lips as his hands found the waistband of her underwear.

She pulled away. “Keegan, I’m not ready.” 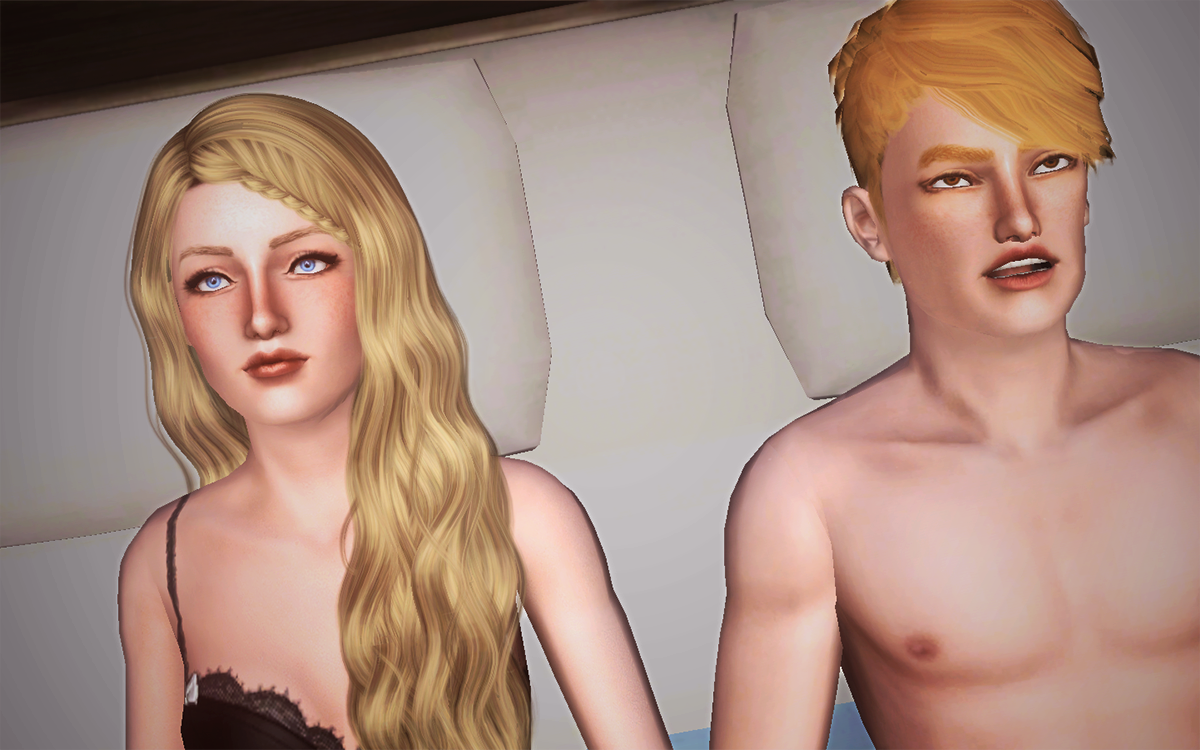 He rolled over and laid next to her. She bit her lip to keep from crying.

“I’m sorry,” she whispered, “I just don’t think I should.”
Keegan sighed. “It’s fine, Courtney. I don’t want to rush you. Sometimes… sometimes I just get a little excited, is all, and I forget that you’re not ready for that.”

She nodded as Keegan rolled out of bed and got dressed. She slipped over to her dresser and put on some pajamas. 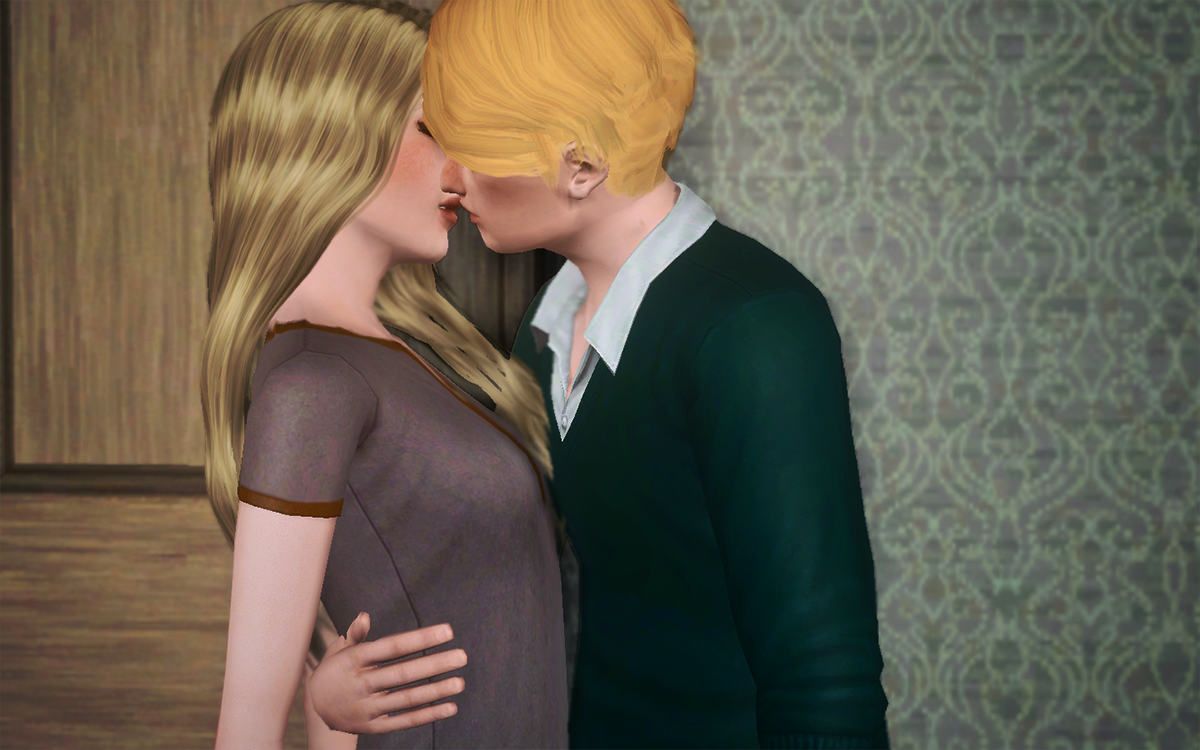 “Goodnight, baby,” she whispered out in the hallway.

Keegan pulled her close and kissed her deeply. “Goodnight. I love you.”

Keegan descended the stairs and exited the dorm with a final wave. Courtney waved a tiny wave in response. Her insides were churning and she felt a heavy weight on her chest.

It wasn’t like she wasn’t willing to do it before marriage, she just wanted to be absolutely sure she was ready before it happened. She’d never worried about Keegan leaving and finding someone willing to put out back home. Really, nobody back home admitted they wanted to put out (but that didn’t help the teen pregnancy rate any).

But this was Sims U. The school was larger than their entire hometown, and somewhere near half the student body was a potential candidate for Keegan’s affections. Her shoulders dropped as she let out a nervous sigh. 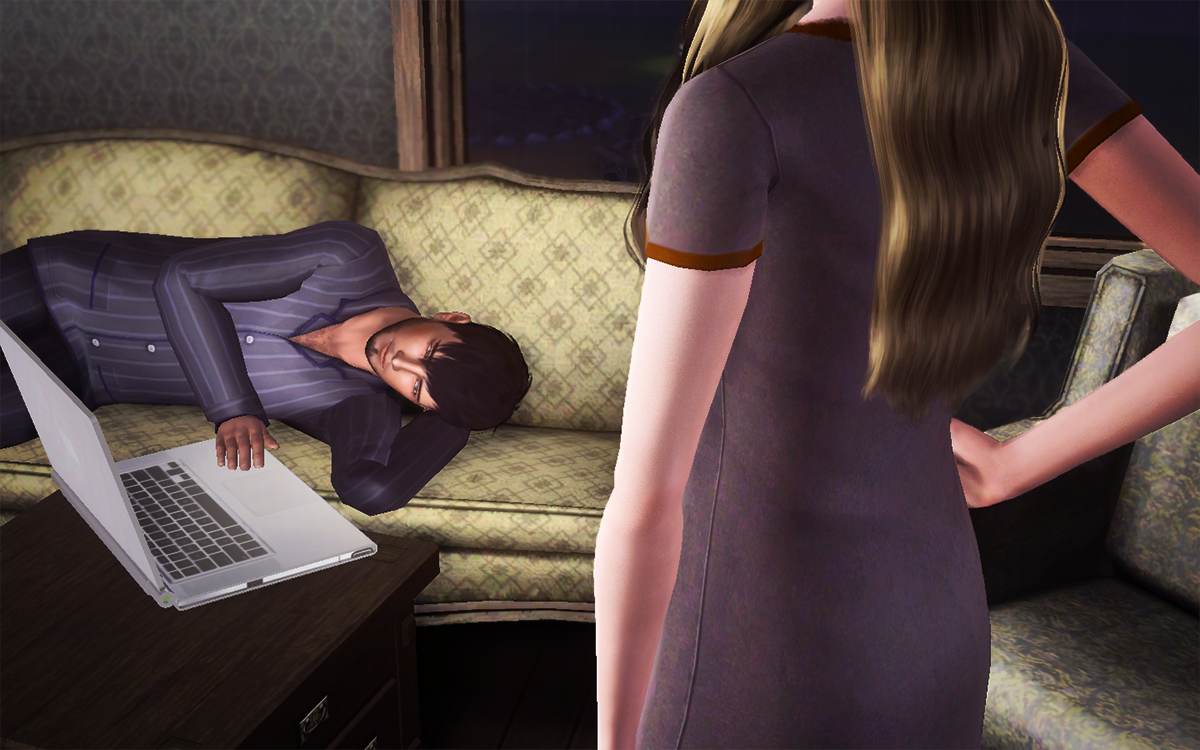 “Didn’t go as planned, eh?” someone asked behind her. She could hear the apology in his voice.

She spun on her heel to find Oliver sprawled out on the couch with his laptop. “What are you doing out here?” she managed to ask.

“It seems you’re not the only one with an amorous visitor this evening.” He pointed to his door, which had a tie stuck on the handle, and grimaced. “I’ve been sexiled.”

“Ah. Well, good luck getting your room back.” She turned and walked away.

She stopped, but didn’t turn around. “Yeah?”

“Aw, c’mon. You look like you could at least use a distraction.”

She sighed, defeated. “Fine,” she said turning around. “What did you have in mind?” 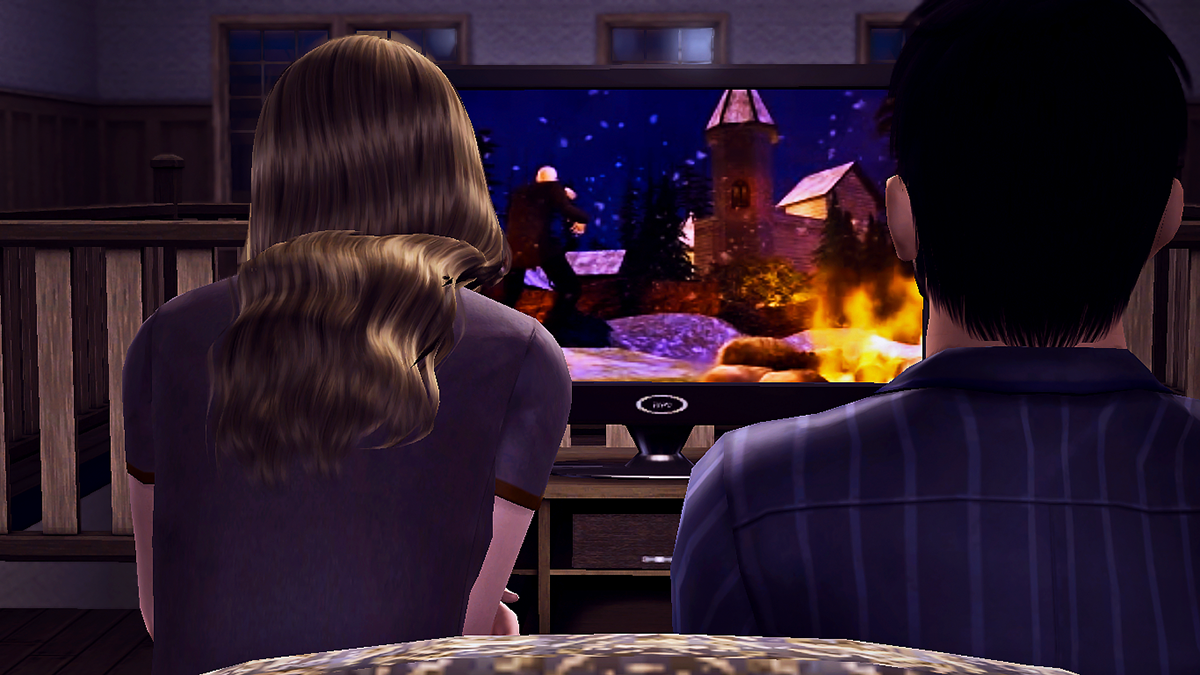 “Dracula?” She raised an eyebrow at Oliver as he slid into the seat beside her.

He shrugged. “It was already in the DVD player and I’ve never seen it. I figured it might be the universe telling me it’s time.” 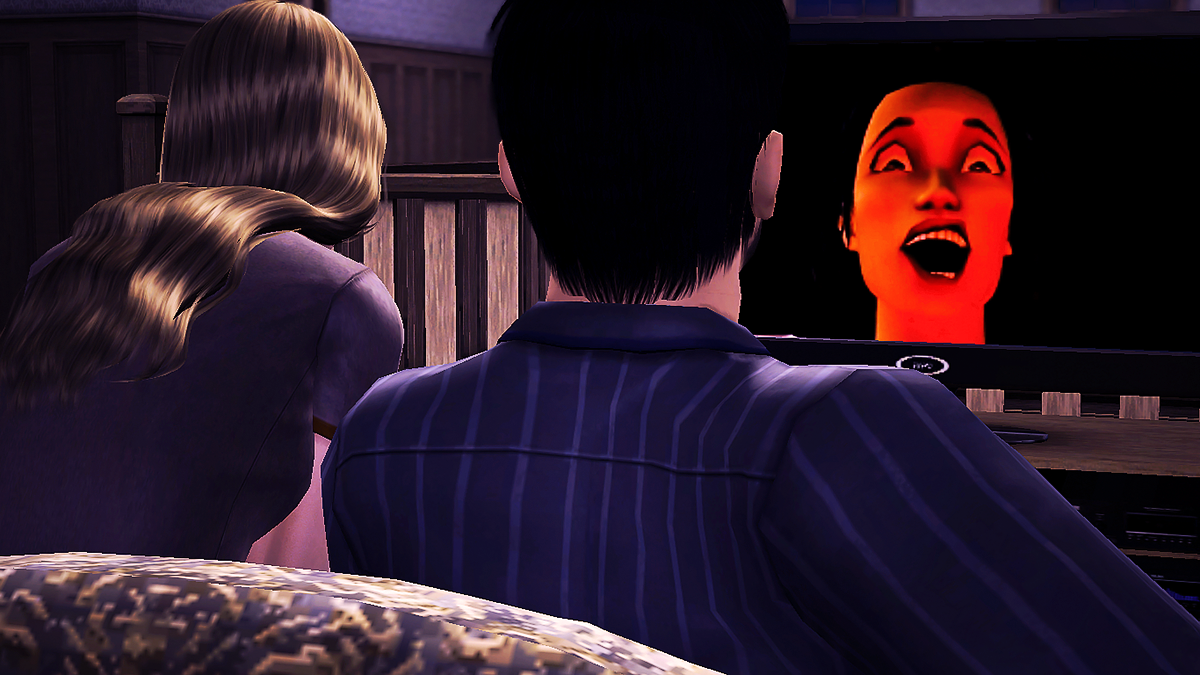 “That’s what I was gonna say.” 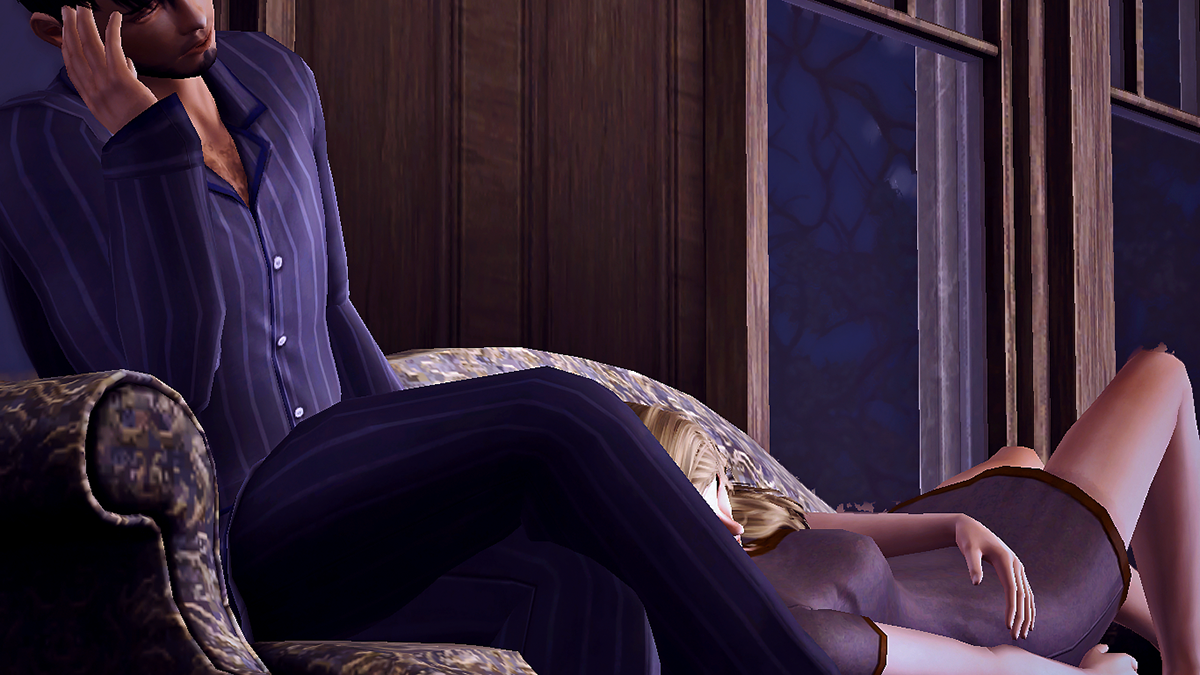 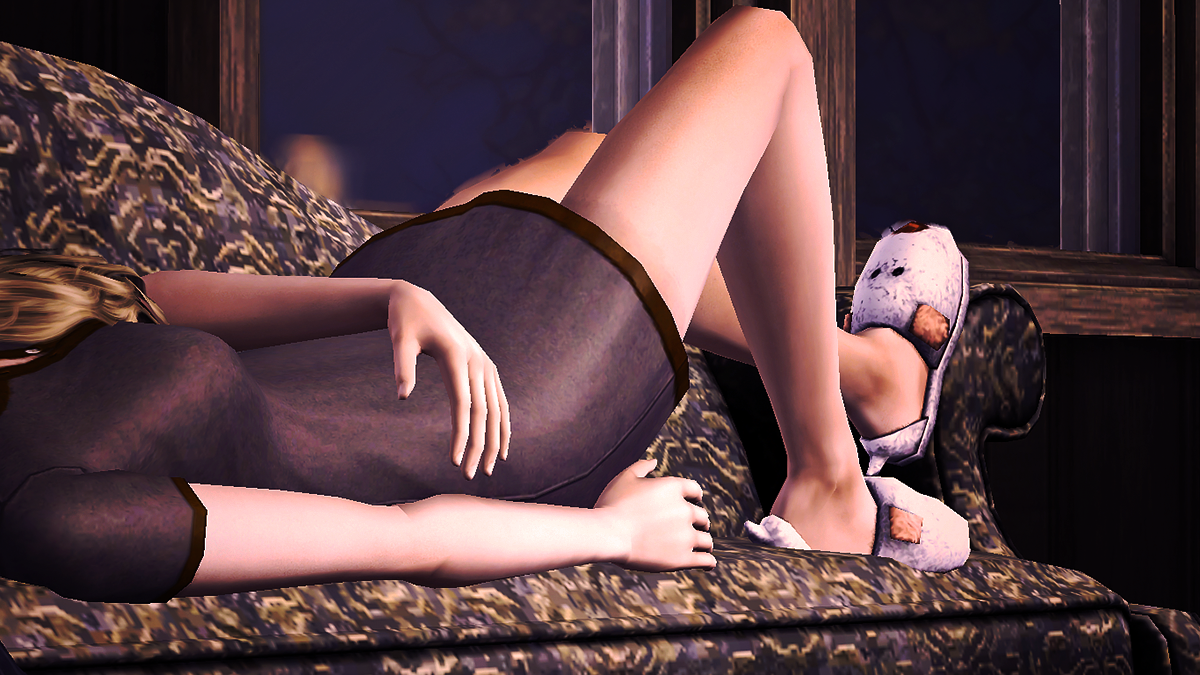 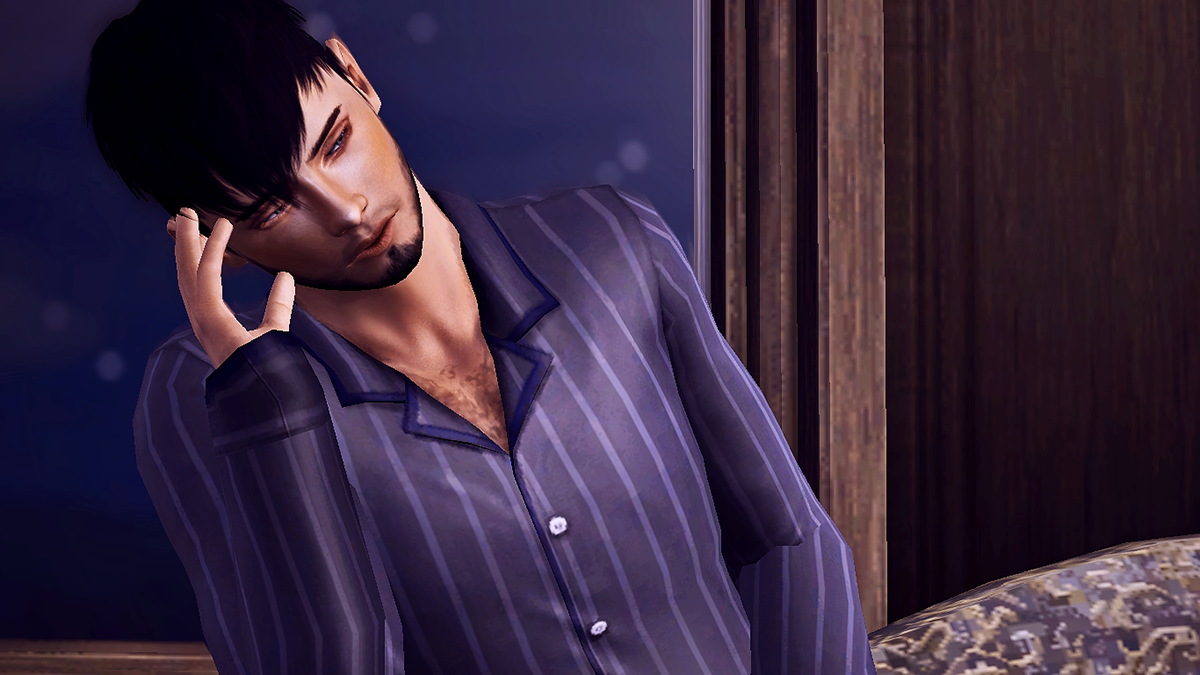